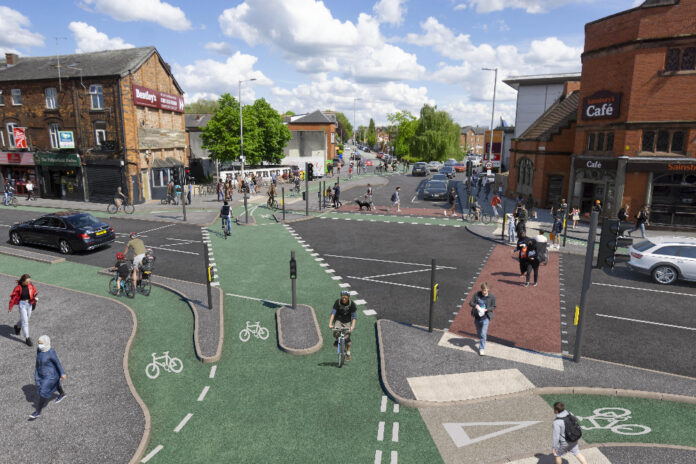 The next stage of the ongoing consultation on the future of the Fallowfield Loop and Yellow Brick Road cycleways begins this week.

Last year Manchester City Council asked the public what improvements they wanted to see along the Fallowfield Loop and Yellow Brick Road which would encourage more people to walk and cycle.

During that consultation more than 5,000 people responded, providing a range of suggestions which have now formed the basis of our final consultation which is now being launched.

The consultation will will run for four weeks, concluding on Friday, 30 July.

The Council was told that the rural feel along the route was one of the most important features of it, with users enjoying the green space in the midst of a busy city.

Some of the aspects people didn’t like included incidents of anti-social behaviour along the route, problems with fly tipping, a lack of visible signage, and a need to provide better connections to neighbourhoods along the route.

Accessibility was also highlighted as being an issue for some of the route’s users. Some of the access points were not suitable for people who have difficulty walking, but also for people who want to get onto the route with larger cycles.

While static ‘A-frame’ bollards were put in place many years ago (prior to 2010) to prevent anti-social behaviour on the route – such as people on quadbikes or trail bikes causing a nuisance – it meant that some other users were also prevented from accessing the route.

New entrances are being proposed at every access point that will be accessible, allowing people using mobility scooters, wheelchairs, double buggies, wheelchair bikes or trikes.

Following our last engagement engineers have conducted site visits along the route to explore what changes could be made to our plans to improve the experience of the Fallowfield Loop and Yellow Brick Road.

As well as being a valued amenity for the public, the route of the Fallowfield Loop is rich in biodiversity, being home to a number of red-listed bird species, various species of bat as well as a population of badgers.

A full ecological report has been prepared in advance of this consultation to ensure that habitats are protected during the course of this improvement work, and that changes would not negatively impact the local ecosystem.

The Council is keen to hear from as many people as possible what they think about this scheme. The feedback from the first consultation was invaluable in shaping the future of this walking and cycling route.

The project to improve the Fallowfield Loop and the Yellow Brick Road is expected to start early 2022.