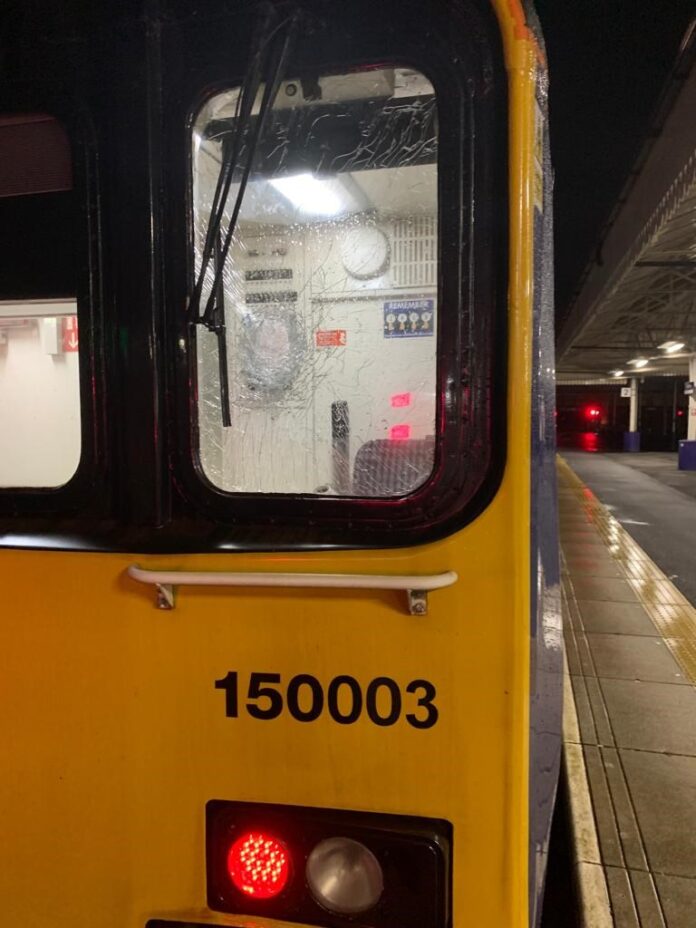 The incident happened as the train travelled towards Clifton on Friday 4th February at around 10pm, smashing the windscreen and causing shards of glass to hit the driver in the face.

The driver was taken to hospital but is now recovering at home.

Chris Jackson, regional director at Northern, said: “It’s hard to believe that anyone would put the safety of others at risk by such reckless behaviour.

“The consequences of a brick hitting a fast-moving train are potentially devastating. This was a shocking incident that could have had fatal consequences.

Northern is now offering a £1000 reward to anyone who provides information which leads to a conviction following the incident.

A British Transport Police (BTP) investigation is already underway, and the train operator has now stepped in to help appeal for further information.

Chris added: “Officers are investigating, and I am appealing to anyone with information about either incident to come forward. Someone will know who did this and we need to find them before they do something similar which may have far worse consequences.”