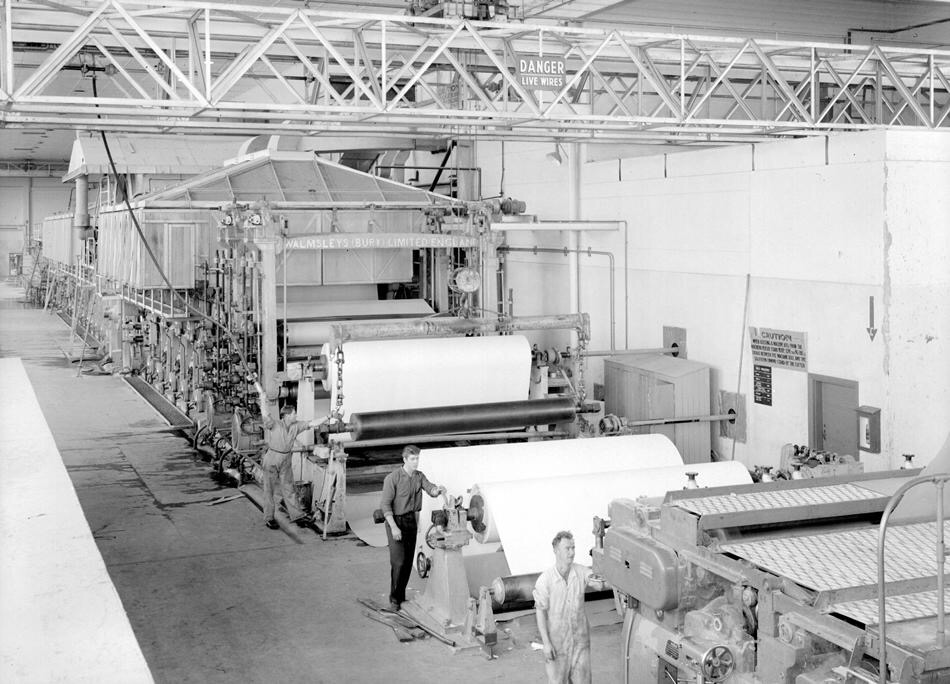 One hundred years ago this week, eight people were killed when a roof collapsed at The Bridge Hall Paper Mill in Heywood.

The accident happened as work was being carried to fit electric cable in the machine house of the works of James Wrigley and Sons.

Five of those killed were unskilled labourers who were assisting the contractors in laying the cable, a ninth man was to die of his injuries after being pulled alive from the rubble.

The site alongside the River Roch had seen the manufacture of paper since the early 1700’s but James Wrigley had been founded in 1810 and employed over six hundred people in the years prior to the First World War, using eleven paper making machines.

With warehouses in both Manchester and London, they provided newsprint for both the Manchester Guardian and the Times as well as high quality stationery.

The collapsed roof on that faithful morning of the 16th February 1915 also brought down the outer walls and the deaths were caused by falling masonry and timber.

Seven others were injured and but for the rescue party’s speed and diligence it is said that many more could have died.One man had a lucky escape. The carter who resided in the building with his horse had left just a few minutes previously.The horse did not survive.

The inquest was heard around a month later. The roof had been completed only ten days previously and was still partly covered by sacking to protect it from the frost.

Several issues arose from the inquest including the fact that the roof had never been given formal planning approval, that there was a faulty design of the roof trusses and that the plans had to be changed due to the nature of the boggy ground.

The designer was nonetheless never found guilty of negligence, the jury said the contractors should have asked foe expert help and that is was regrettable that the plans were not submitted to Bury Corporation.

Peel sells half its stake in Media City