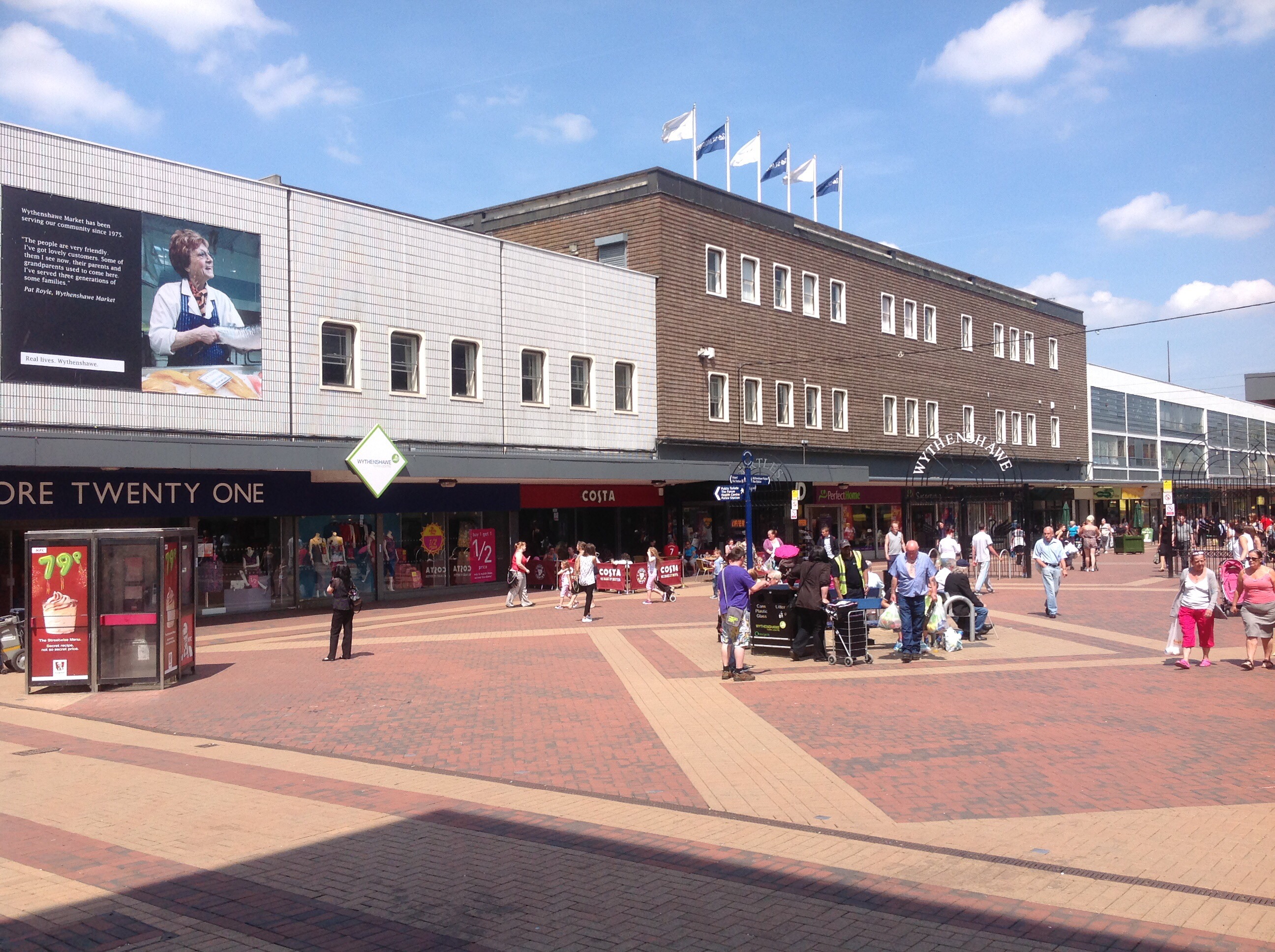 Wythenshawe Town Centre is booming according to its owners, property and regeneration group St Mowden.

Jeff Jackson, Wythenshawe Town Centre manager, said: “We have 90 units here and only four are empty. And that has become a trend over the last three to four years.

“There are 75,000 people living in Wythenshawe and we are expecting footfall to rise by more than 100,000 to 6.5 million this year, which is phenomenal.”

He added: “There’s no doubt that the new bus interchange and the improved Metrolink connections have driven footfall up. But footfall has also been bolstered with shoppers now able to take advantage of superfast free Wi-Fi anywhere in the town centre.”

They have complemented the independent businesses already trading, as well as familiar names such as McDonald’s, Costa and KFC.

Jeff added: “There’s a definite feel-good factor about Wythenshawe Town Centre at the moment and there is a lot to shout about.

“We are the first shopping centre in England to have won the Retailers’ Against Crime award which was and still is a great achievement for us. It’s fitting because we work hard to ensure people enjoy spending time here. Having free Wi-Fi is now a big thing for our customers.”

It’s not the only good news for the Town Centre, coming  just months after the Town Centre became the first in England to win the Retailers’ Against Crime scheme – meaning it has a very low crime rate due to security presence, knowledge and professionalism.

Forgotten maps of Manchester slums restored and available to view