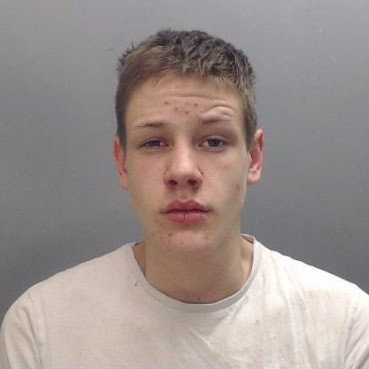 A Wythenshawe man has been jailed after committing burglaries and stealing cars in Cheshire.

David Ashton, of Kinmel Walk began his crime spree in the early hours of Monday 30 November, breaking into a house in Wooley Avenue, Poynton, whilst the occupiers were asleep.

The 21-year-old located the keys to an Audi car parked outside the address and then stole the vehicle.

The incident coincided with a different Audi being abandoned with a flat tyre in Wooley Avenue. That car had been stolen from the Timperley area on Sunday 15 November.

Ashton returned to Cheshire on Sunday 27 December, entering a house in Walden Close, Grappenhall, Warrington, whilst the occupiers were at home and stealing a handbag containing vehicle keys and bank cards.

The bag was found by a taxi driver several days later. It had been discarded near to Junction 7 of the M56, by Manchester International Airport.

After stealing the bag from the house in Grappenhall, Ashton was chased on foot by a neighbour of the burglary victims.

He managed to flee in a Ford Focus.

The car travelled to Wilmslow.

An officer spotted a Ford Focus matching the vehicle’s description on Altrincham Road in the town at around 11.30pm on Sunday 27 December.

He pursued it in his police car before the occupants got out of the vehicle on Park Road and managed to flee on foot.

As police searched the area, Ashton broke into a house on Racecourse Road whilst the occupiers were asleep and stole the keys to a BMW and then the car itself.

The Ford Focus that was abandoned on Park Road had been stolen from the Cheadle area of Greater Manchester on Christmas Eve, Thursday 24 December.

Ashton’s downfall came when officers from Greater Manchester Police stopped a Vauxhall Corsa in Wythenshawe on the night of Thursday 7 January.

He was in the car.

After being arrested and questioned in custody, Ashton was charged with several offences.

He pleaded guilty to three counts of burglary and two counts of theft of a motor vehicle.

The theft charges related to the Audi and BMW cars that were stolen in the Poynton and Wimslow burglary incidents respectively.

Ashton pleaded not guilty to driving that Aldi whilst disqualified and two counts of handling stolen goods, in relation to the other Audi and the stolen Ford Focus.

He also denied a charge of attempted burglary.

That charge related to bi-fold doors being smashed at a house in Cobbetts Way in Wilmslow on the night that officers were searching the area following the police pursuit of the Ford Focus.

Appearing at Chester Crown Court on Tuesday 16 February, Ashton was sentenced to three years and nine months in a young offenders’ institution.

He was also banned from driving for two years, starting from when he is due to be released from the young offenders’ institution, and ordered to pay a £190 victim surcharge.

The prosecution agreed that the offences Ashton pleaded not guilty to can remain on file.

Three arrested after stolen car crashed into two other vehicles in Middleton after police...