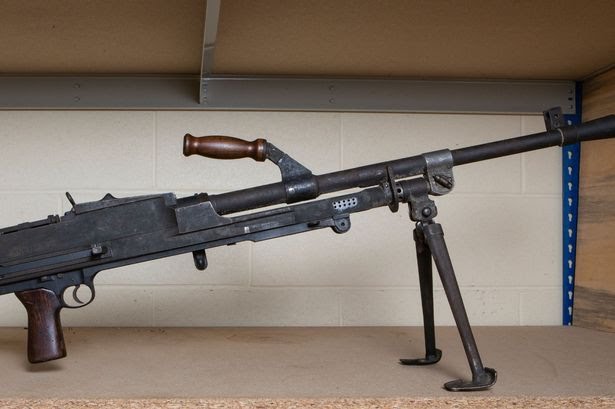 Weapons include air rifles, MP5’s and soft air guns as well as a range of deactivated firearms, including an AK 47, an Uzi sub-machine gun and a Bren WW2 machine gun.

A Brocock revolver, which is illegal to possess, has also been handed in as part of the surrender.

The firearms surrender runs until Sunday 4 August and you can hand weapons in to any of the 12 designated police stations across Greater Manchester.

Family pay tribute as man charged over death of David Toulson in Salford on...

Jailed for 12 weeks after he painted racist graffiti on a Irlam’ o’th’ Height...