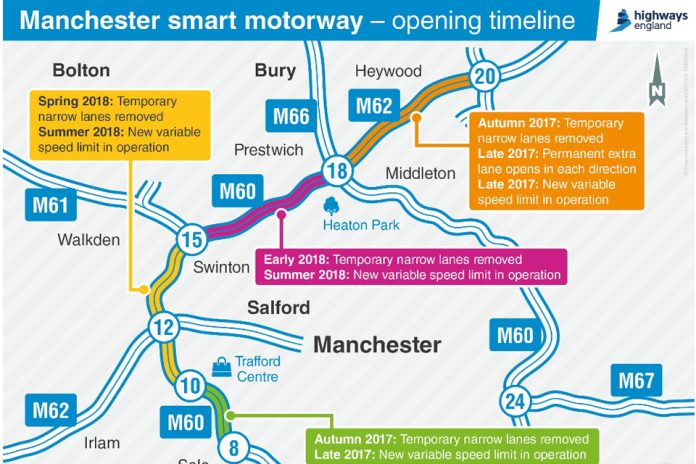 Two new smart motorway routes around Greater Manchester will now not fully open until next summer.

The phased opening over the next few months will see the removal of the temporary narrow lanes on the M62 starting in October, and between junctions 8 and 10 on the M60 later in the autumn.

The new technology will then be tested to ensure the 100 traffic sensors which have been installed along the 17-mile route are working effectively, before the new electronic variable speed limit signs are switched on from junctions 8 to 10 on the M60 and junctions 18 to 20 on the M62 by the end of the year.

The extra lanes on the M62 are also due to open in time for the Christmas getaway,ncreasing capacity on the stretch of motorway between Greater Manchester and Yorkshire by a third.

However, issues such as needing to relocate unrecorded utility pipes and carrying out additional maintenance work has meant that part of the scheme will need to continue into 2018.