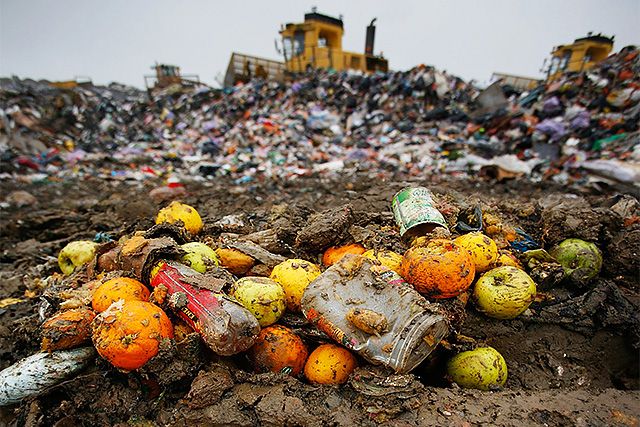 The Manchester based Co-op has urged English local authorities to speed up the rollout of food waste collections from homes as figures reveal approximately 1,000 tonnes a day ends up in landfill when it could be composted or used to create energy and help cut greenhouse gases.

The ethical retailer is campaigning on the issue as it believes a large number of the 1.75 billion single-use plastic bags in circulation could also be binned for good and replaced with compostable-friendly alternatives.

The Co-op was the first national supermarket to make compostable bags available, with over 1,000 stores giving out the bags in communities where they are accepted by the Local Authority in the household food waste collections.

The carriers have deliberately been designed to have a valuable second use as food waste caddy liners. The Co-op estimates that it could stop producing 60 million plastic bags if local authorities began food waste collections from homes sooner and permitted the use of compostable carrier bags as food waste bin liners.

The Co-op will also be writing to all local authorities that do not collect food waste at all, calling for the introduction of universal food waste collections to be sped up, to help stop 356,000 tonnes of food waste, in England alone, going to landfill.

Currently 156 English councils (48 per cent) do not have a kerbside food waste collection meaning that food waste in these areas is going to landfill. And of the 169 local authorities that do already collect food waste, 12% per cent do not accept compostable bags.

The Co-op has written to these 20 local authorities calling on them to invite them to change their position, enabling us to reduce plastic contamination and the amount of food waste going to landfill.

The Co-op has committed to make the compostable carriers widely available through its wholesale operation if local authorities and the Government commit to accepting the technology in food waste collections, saving more than 5 million plastic bags a month from ending up in landfill.

Proposals being developed by the Government will see all homes receiving weekly food waste collections by 2023, but twice as much of the total food wasted in the UK a year could be recycled into energy and fertiliser, if this were to be introduced quicker.

Michael Fletcher, Chief Commerical Officer at Co-op said: “How we do business really matters. The world is experiencing a climate crisis and we need to work together to avoid it. Accelerating action is the only way to mitigate and reduce impacts on our natural world, and to ensure stable food supply chains in the future.

“We are committed in helping our members and customers to make environmentally friendly choices and reducing the environmental impact of products is and always has been at the core of Co-op. That’s why we are writing to local authorities to encourage universal kerbside food waste collections and acceptance of compostable bags, sooner than 2023.”