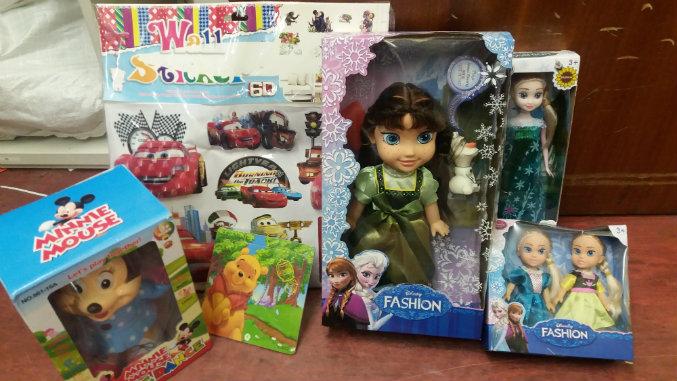 Counterfeit Frozen dolls, Minions yoyos and Dora the Explorer jigsaws were among more than 9,000 items seized from a single wholesaler in the Strangeway’s area of Manchester.

Import Export Wholesale Poundline Plus Limited and company manager Tommy Zheng were also fined a total of almost £6,000 when both parties pleaded guilty to trademark and safety offences at Manchester Magistrates Court on Thursday 7 September 2017.

Trading Standards officers first visited their premises at 59b Derby Street on July 5 2016. The visit came after incorrectly labelled products from the business were discovered at another retail outlet in the city.

Officers suspected that many of the products they found did not meet safety standards and that some may have been counterfeit.

Tests revealed a number of problems with the items including high levels of phthalates, which are toxic if ingested, detachable small parts that could be a choking hazard and plastic materials that were too thin and could cause suffocation.

Once the test results were received a further visit was carried out on September 19 2016 when further items were removed. In total over 9,494 articles were seized.