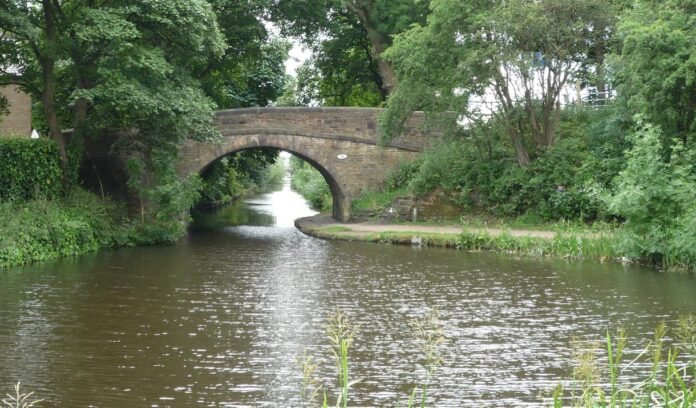 Police are searching for a man who assaulted a 42-year-old woman who was running on the footpath of the Rochdale canal.

The attack happened on Tuesday on the footpath of the Canal, between Gorrels Way and the Bridge overpass at Bow Street.

The women was running in the direction of Castleton Train Station when she was approached by a man.

The man grabbed the woman and a struggle commenced as she tried to get away. Following the struggle, the offender pushed the woman into the canal before making off towards Gorrels Way.

The woman did not sustain any injuries however she was left understandably shaken by the incident.

The man is described as being white, around 5ft 9ins tall and aged in his 20’s. He is of a medium build and has a short back and sides haircut with scruffy, wavy hair on top.

He was wearing light grey jogging bottoms, a dark coloured Parka jacket with a furry hood and dark trainers with air bubbles on the bottom.

No arrests have been made and enquiries are currently ongoing

Detective Constable Chris Davies, of GMP’s Rochdale district, said:”This was a terrifying experience for the woman, who was left feeling violated and scared.

“We will absolutely not tolerate this behaviour in Greater Manchester and are following all available lines of enquiry to locate the offender as soon as possible.

“Extra patrols will be present in the area whilst enquiries are ongoing. If you have any concerns or questions please feel to speak to our officers.”

“If anyone was in the area at the time and saw this man, or witnessed anything suspicious, please do not hesitate to contact police.”

18 year old driver is killed after he smashes into two cars after failing...