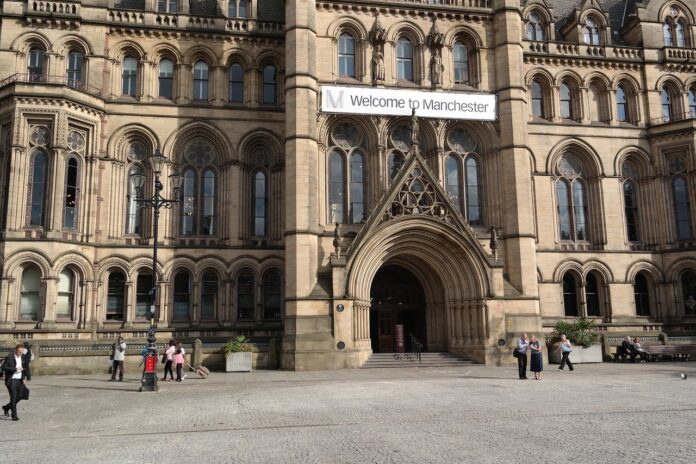 Though globally, Manchester is most associated with its two top football clubs, it is also one of England’s premium tourist spots. According to statistics, before 2020, UK’s second-most-populous urban area attracted close to a million and a half foreign visitors per year. In the past, publications such as the New York Times and the Lonely Planet have hailed it as one of Europe’s top travel destinations, a city beaming with culture.

However, the events of this past year have hit the hospitality and leisure industries particularly hard. Projections are that these sectors lost over 70% of their annual revenues in 2020. Experts predict that it will not be until 2022 before domestic tourism has a chance to recover to pre-pandemic levels, and it will take at least until 2023 before the international one shows signs of a comeback.

Manchester’s economy has been deeply affected by this global pandemic and the associated lockdowns, as the city boasted a booming nightlife, complete with dance clubs, fine dining, and luxurious gaming establishments. When it comes to the latter, bettors have navigated to the best online casinos to enjoy this pastime. Thus, that industry is surviving, while others live in fear of new quarantine measures. Such worries have left many wondering if Manchester tourism even has a chance of recovering. As one in three UK hospitality and leisure companies fear collapse.

In February, Prime Minister Boris Johnson announced a four-stage roadmap to easing pandemic restrictions, which entailed a phased roll out in five-week intervals. The hospitality industry should start its comeback in late April, in part two of this plan. Hopes are that all tourism will reopen by June.

In October of 2020, Manchester’s Recovery Index came out, assessing cities’ prospects for economic recovery. According to it, Manchester boasted the second-largest increase in residential sales for the six months following March 1. It trailed behind only London. However, its hotel sphere took a battering, even though it marked a steep rise over the summer before dropping in September. Many fear that without the return of the night-life economy, sporting events, and the corporate business market, a long road awaits until the city’s tourism experiences a renaissance.

In July of 2020, Manchester’s mayor and ten council leaders released a joint statement regarding reopening following the first lockdown. In it, they stated that the novel situation has disproportionately affected Manchester. That they are committed to fighting back and supporting each other en route to helping the city’s vibrant visitor economy return. Pre-pandemic, it generated annual revenues of over £9 billion and helped support 105,000 jobs in the city-region.

However, they did not predict that in December of 2020, the UK will go into another lockdown. Now with mass-vaccination procedures in place, city leaders are again reaffirming their previous stance. They are promising to do all that they can in boosting the local economy to where it was at the start of 2020.

Festive sharer like no other! And Christmas Day menu at Ducie Street Warehouse