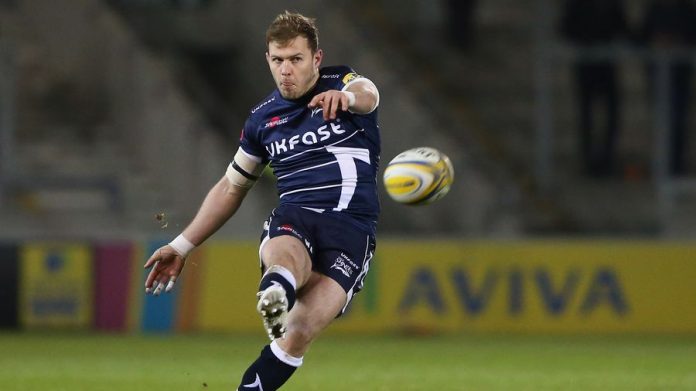 Will Addison will captain the side during the 2017/18 season.

24-year-old Will made his debut for the Sharks in 2011 and has since gone on to make 97 Appearances, scoring 149 points.

Will was in exceptional form last season before picking up a foot injury at Saracens, ruling him out for the rest of the year. However, before his injury, he was playing some of the best rugby of his career and captained the side on a number of occasions during Josh Beaumont’s absence. Will’s impact and leadership after Christmas helped the Sharks to some emphatic wins.

Director of Rugby Steve Diamond said, “Will has continued to impress me with his natural leadership ability and commitment to the club. He is a great communicator and very well respected by everyone at the Sharks. If his form continues to improve I have no doubt he will soon be on the England radar.”

On his appointment as captain, Will said: “When Simon, Ged and Dimes approached me about being captain, I accepted immediately. It is a huge honour to captain the club I have grown up at as a professional. I am excited by the challenge and looking forward to leading out the boys.”

We are in fine fettle says Shark’s coach as new premiership season kicks off...