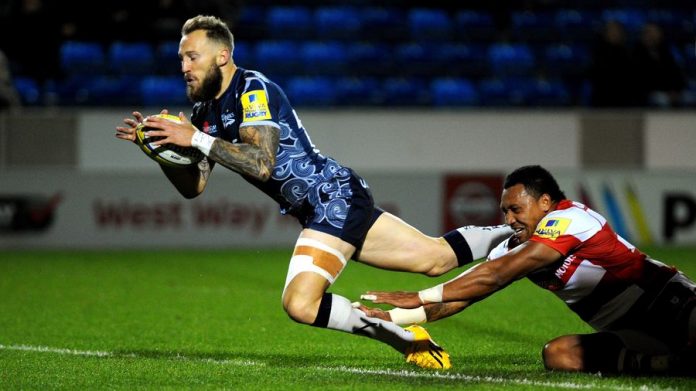 Sale Sharks’ winger Byron McGuigan has been rewarded for his fine start to the new season by being named in the Scotland squad for next month’s autumn Tests.

Byron has previously represented Scotland’s sevens side but this is his first call-up to the senior international squad.

He has begun the new Premiership campaign in formidable fashion and going into this Friday’s home clash with Exeter Chiefs, Byron is the leading try scorer in the league with six, along with Leicester’s Jonny May.