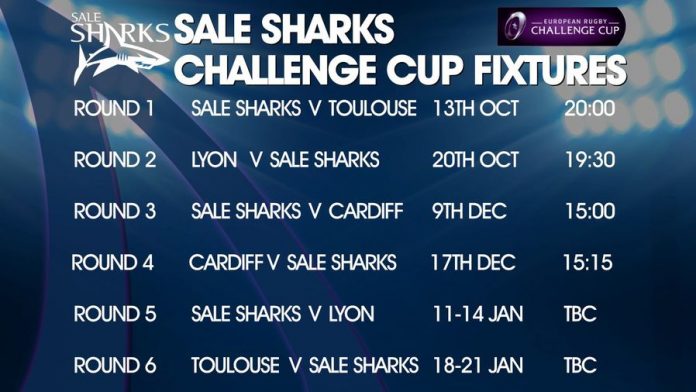 Toulouse didn’t have the best of seasons, finishing 12th in the Top14, but avoided relegation by 15 points. They are coached by ex-captain Fabien Pelous. Their squad features an ex-Sharks player in Richie Gray, and current internationals Yoann Huget, Yann David and Patricio Albacete.

The French side qualified for the Quarter-Finals of the Champions Cup, but lost to Munster at Thomond Park.

Lyon finished 10th in the Top 14 in their first season back in the division, having been promoted from ProD2 back in 2015-16. The Head Coach is ex-French international scrum half Pierre Mignoni, who started coaching them back in 2015-16, and ex-Sharks Sebastian Bruno is assistant coach and helps look after the scrum.

They have been busy recruiting this summer, with the signings of Lionel Beauxis, Francois van der Merwe and Alexis Palisson amongst many others.

The Blues finished seventh in the Guinness Pro12, which means they have qualified for the Challenge Cup for another year. They reached the Quarter Finals last season, losing out to Gloucester at Kingsholm.

Sharks set off for France