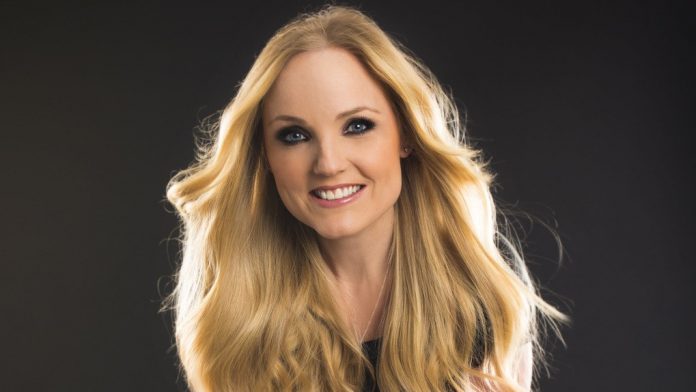 Join Kerry Ellis as she embarks on a UK tour to celebrate 20 years of starring in the West End.

The West End’s favourite leading lady will sing songs from Ed Sheeran to Shirley Bassey as well as her musical hits, telling stories from her career to date. Kerry made her West End debut in 1998 in the musical My Fair Lady at Theatre Royal Drury Lane.

Kerry originated the role of ‘Meat’ in We Will Rock You and was the first British ‘Elphaba’ in both the West End and Broadway productions of smash hit Wicked. Her many other leading role credits include ‘Nancy’ in Oliver! and ‘Grizabella’ in Cats at the London Palladium, ‘Eliza Doolittle’ in My Fair Lady, ‘Ellen’ in Miss Saigon and ‘Fantine’ in Les Miserables. Kerry has released 4 albums, all of which have charted in the UK.

Kerry is excited to be coming to Waterside with her piece band and the Midlands Academy of Musical Theatre Choir, performing highlights from her career and new songs she has yet to perform.

Kerry Ellis quickly established herself as a rising star with lead roles in London and on Broadway, and she has achieved chart-topping success as a recording artist.

Her debut album ‘Anthems’ was released in 2010 on Decca Records. The success of the album, which reached No.15 in the UK album chart, and No.10 in the UK pop club charts (for Defying Gravity), led to a major tour Anthems with Brian May of Queen. 2012/13/14 also saw Brian and Kerry return with sell out tours throughout the UK and Europe. Kerry’s chart-topping debut album ‘Anthems’ was produced by Brian May and gave the partnership their first taste of chart success, also collaborating on Kerry’s first major CD ‘Wicked in Rock’. This partnership triggered a successful touring career and the duo have just released their highly anticipated second studio album, titled ‘Golden Days’, on Sony Music.

Kerry’s stellar reputation means she is constantly in high demand on the concert scene around the world. Kerry has just completed a tour of the UK playing ‘Alice’ in Frank Wildhorn’s musical Wonderland, which toured the UK. Kerry and Frank are now working on new music together. Kerry has recently toured the UK starring in her first play, The Importance of Being Earnest alongside Gwen Taylor.

Celebrating her 20 year theatre career this will be an evening to remember.

Said Kerry: ‘I can’t wait to get back on tour with my new show. It is going to be so much fun. I’ll be singing songs that helped carve out my career in the world of musical theatre , songs from my albums and some new material I have been working on