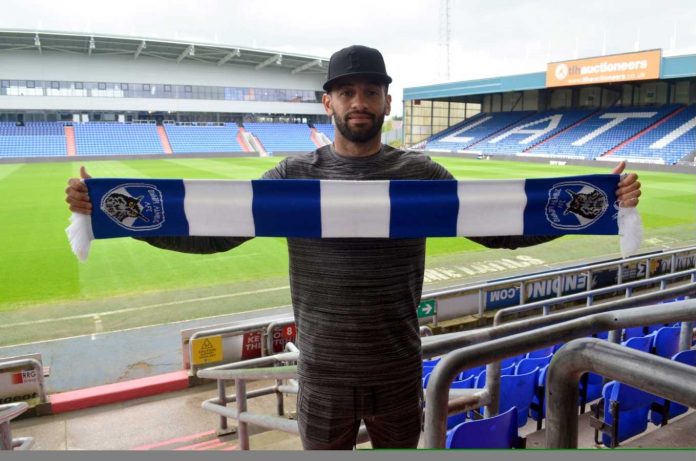 Oldham Athletic have secured the return of Welsh international Craig Davies on a two-year contract.

10 years since the striker first stepped through the door, he has made the return on a deal which keeps him at the club until the end of the 2018/19 season.

After a season in the south, Davies reunited with manager John Sheridan at Chesterfield and the pair won the League Two title in 2011 with the striker notching 25 goals in all competitions making him the club’s top goalscorer.

The 31-year-old moved to Barnsley a season later in the Championship and continued his rich vein of form, hitting 20 goals in an 18-month spell.

Moves to Championship sides Bolton Wanderers, Preston North End and Wigan Athletic followed before he joined Scunthorpe United in January 2017 where he helped them reach the Sky Bet League One play-offs last season.