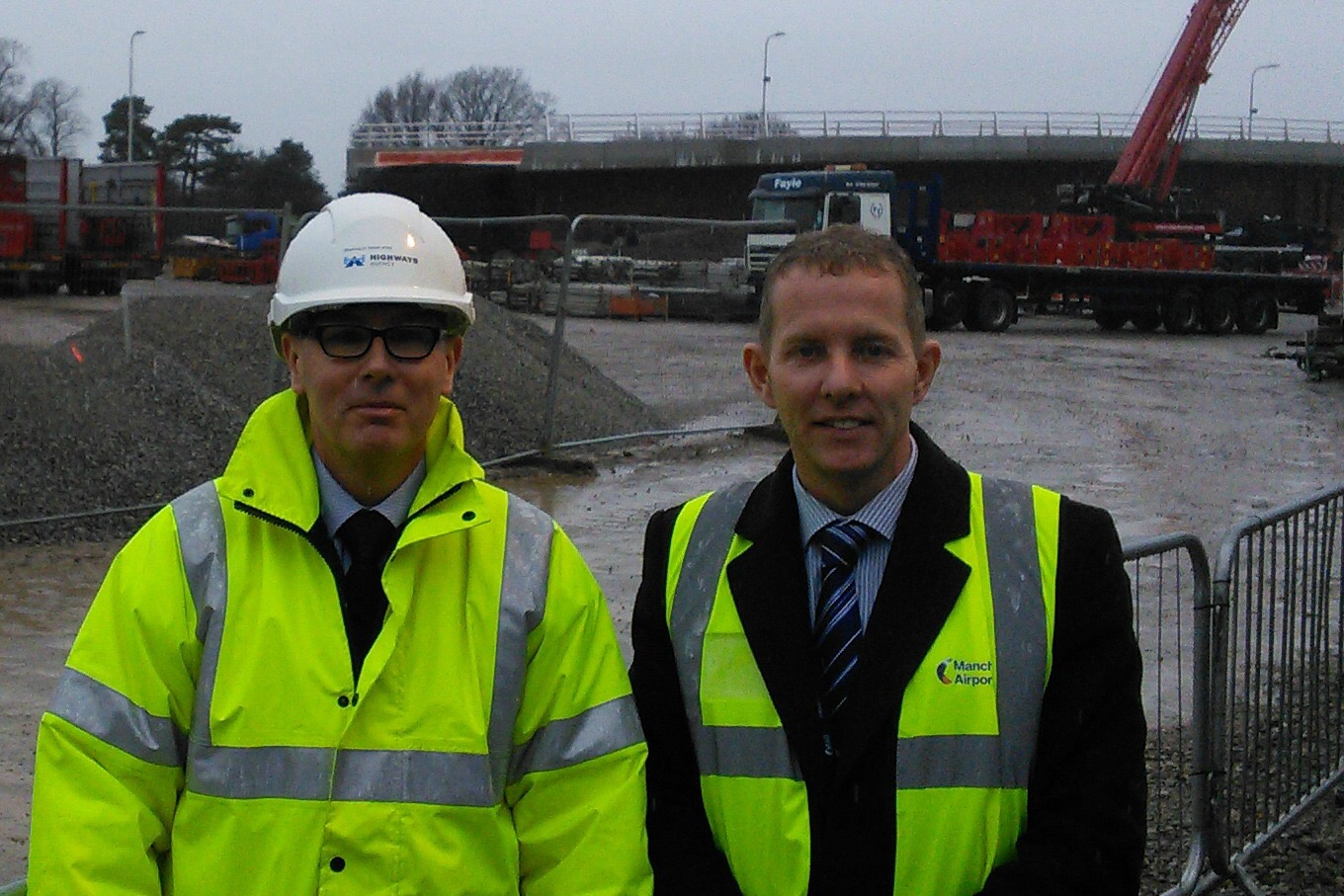 Drivers heading to Manchester Airport this weekend are being urged to leave extra time to catch flights as the M56 will be closed in both directions between junctions 5 and 6 for work to install a £5.5 million new bridge.

The Highways Agency will be installing the bridge, linking Thorley Lane over the M56 near Manchester Airport, between 10pm on Friday 27th Feb thru til Monday 2nd March at 5am.

The westbound carriageway of the motorway will be closed throughout the weekend from junction 5 – allowing people heading away from Manchester to access the airport as normal.

The eastbound carriageway of the motorway will also be closed throughout the weekend from junction 6 at Hale, with people heading for the airport needing to take a short diversion along Hangar Lane to get to the airport complex.

A good and clearly-signed diversion steering traffic away from the M56 and the airport will be in place between junction 9 of the M56 at Lymm and the M60 in Manchester – using the M6, M62 and M60 instead.

The old bridge, west of junction 5 of the motorway, closed last May ahead of its demolition in August. The new one is being installed in a £5.5 million government ‘pinch-point’ initiative aimed at stimulating the creation of 3,000 new jobs at Davenport Green and Airport City by 2030 plus 5,650 homes around Altrincham, Bowdon and Hale by 2026.

The project is one of 123 in the Government’s £317 million ‘pinch-point’ initiative – a two-year programme of targeted work being delivered alongside larger schemes and routine maintenance and improvements along the strategic road network.

The pinch-point programme, devised with the input of councils and local enterprise partnerships, is designed to help stimulate new development and local economic growth by improving road safety and tackling congestion bottlenecks. In all, 28 projects, worth £66 million, are being delivered across the North West.