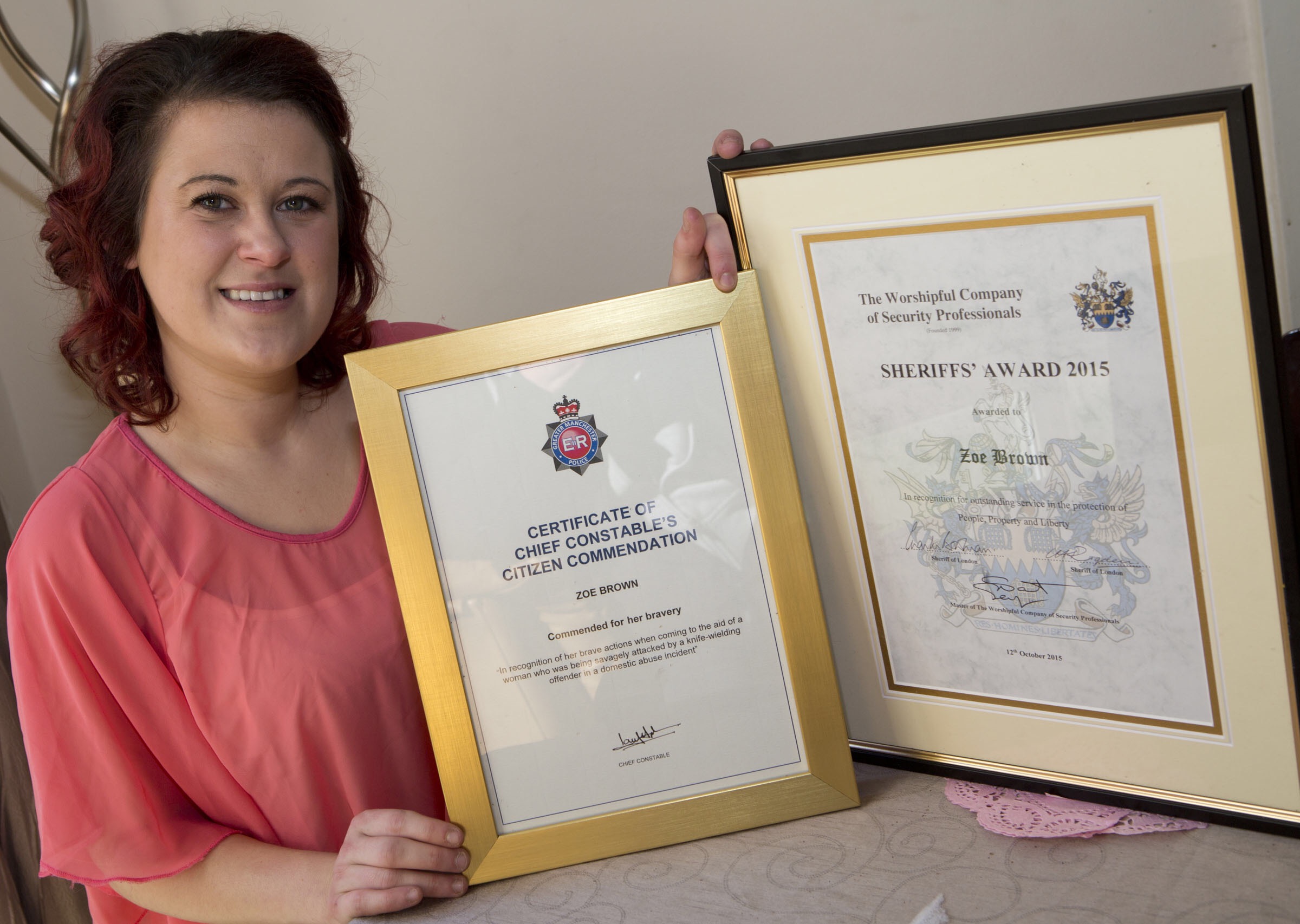 A Manchester mum has received a Chief Constable’s Commendation from Greater Manchester Police for her bravery when saving one of her neighbours from domestic abuse.
Zoe Brown, 24, from Brooklands, is helping the Force mark International Women’s Day just days after receiving her award at a glittering ceremony.

Miss Brown came to GMP’s attention in 2014 when she protected her partner and their neighbour from a knife wielding attacker.

The mum of one was enjoying a quiet night in with her partner Matthew when she heard a commotion outside. Going out she was met by a man claiming to be locked out. Having previously seen him in the building Zoe let the man into the apartment block.

After some time, Zoe and Matthew could hear arguing and shouting and, on looking out, noticed the man who she had let in dragging a woman along the hallway by her hair. They rushed out to help and Zoe pushed the attacker off the woman. Seconds later he returned holding a three inch knife, lunging at Matthew in another unprovoked attack. Zoe intervened, tackling the attacker to the ground and restraining him, enabling Matthew to call the police.

Zoe said:
“I was really shocked when I was first nominated for this award and couldn’t believe that I was being recognised again. On the day, everything happened so quickly that I didn’t really have time to think about what I was doing, but I still don’t know where my strength came from!

“All I could think about was the poor woman who needed help and my little boy sleeping inside my flat – I didn’t want him to wake up. I just did what anybody would do when someone needed help and I would do it again if I had to.”

“International Women’s Day, more than ever, is the perfect opportunity for us to celebrate the achievements of women that live in Greater Manchester.

“Zoe showed such bravery during this incident, selflessly coming to the aid of a woman who desperately needed help by first stepping in to get her to safety and then by calling us. She should be very proud of her actions which we recognised at a recent awards ceremony.”