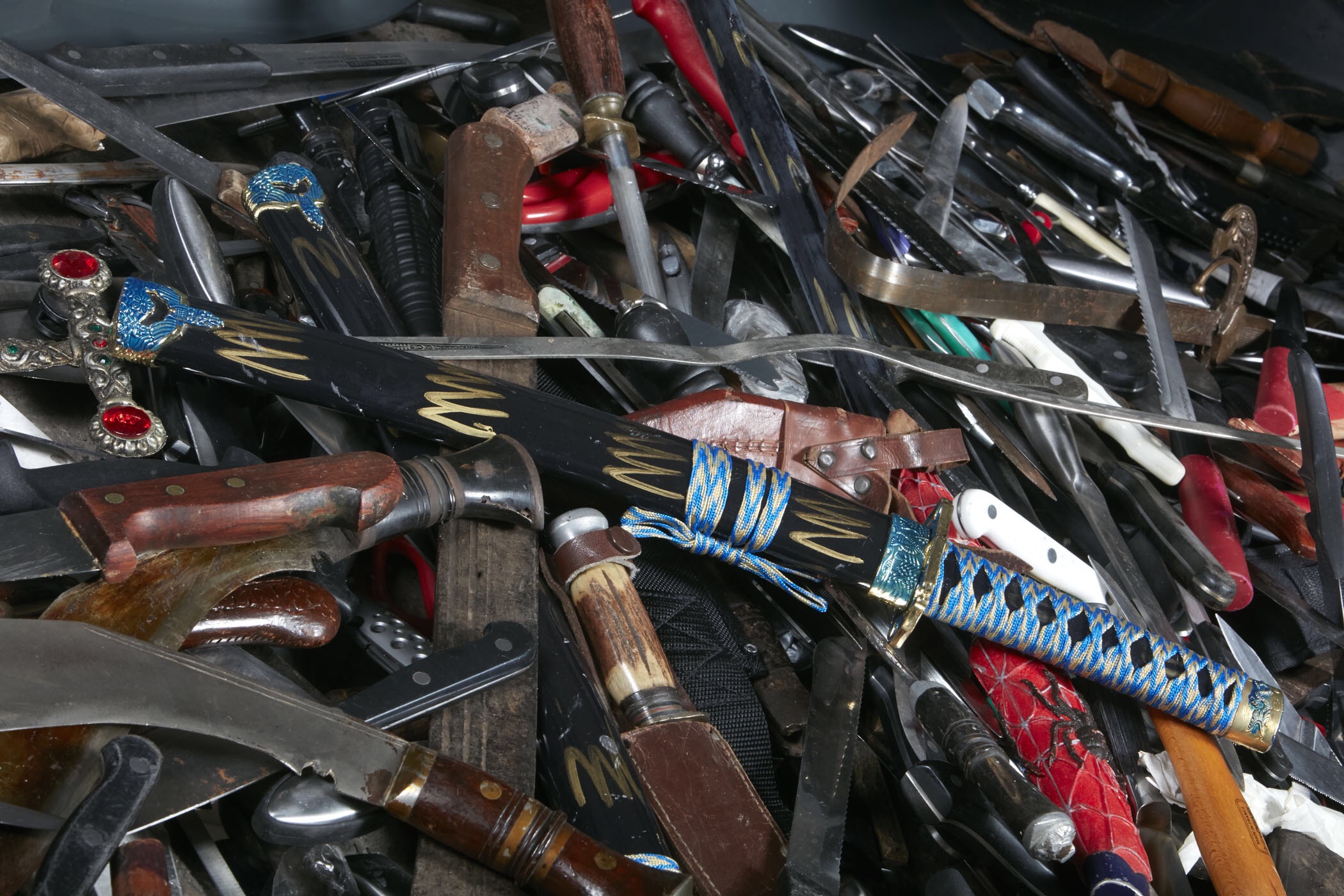 The surrender, which took place 21 – 27 November, saw 332 weapons handed in at police stations across the region.

Samurai swords, kukri knives and a machete were among the haul of weapons dropped off by residents.

The anonymous surrender was supported by Rhian Jones, the mother of Dominic Doyle who was tragically stabbed to death on a night out in Tameside. He was just 21-years-old when he died.

The knives will now be donated to the British Ironworks Centre, who will melt them down and transform into a statue in memory to those that have lost their life to knife crime.

Chief Inspector Debbie Dooley said: “During this one week alone, more than 300 knives were surrendered by members of the public, meaning there are fewer weapons on the streets that could potentially fall into the wrong hands.

“We’re pleased so many people took the opportunity to safely dispose of their bladed items and would like to thank the community for helping us to reduce knife crime and make the streets safer, which will ultimately save lives.”

Deputy Police and Crime Commissioner Jim Battle said: “There has been a fantastic response from the public to this campaign and I want to say thank you. Your support has led to the surrender of more than 300 knives, taking them out of circulation and putting them into safe hands.”