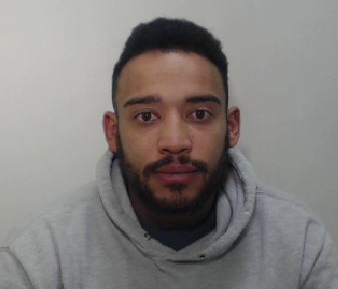 A Rochdale council worker who abused his role to fraudulently transfer £80k to his friends has been jailed.

Matthew Ravey,28,of Weir Road, Rochdale also created false insolvency documents for himself and friends while working at Rochdale Borough Council, in an attempt to avoid reimbursing payday loan companies he was in debt to.

His career at Rochdale Borough Council began in October 2013, when he was hired as a business rates officer, earning just under £18,000.

In June 2016, an employee looked into a business rates refund that Ravey had processed after noticing it by chance.

Ravey had applied a period of empty property relief totalling £4,208 on a company named Kinetic Security Products Ltd, despite records showing the company dissolved in 2014.

He created a new bank account and creditor address associated with the business that in fact belonged to co-conspirators Richard Rigby,29,of Windmill Court, Rochdale and Andrew Foster,31 of Smithy bridge Road, Littleborough respectively.

When confronted by a fellow employee, Ravey initially claimed he was correcting an existing error. When it was pointed out there was no error, he began denying he ever accessed the account.

An internal investigation was launched and it was found that Ravey had altered banking and addresses of other businesses to make 26 separate fraudulent transfers between January 2015 and June 2016.

Among the transfers were two payments totalling £3,274 to Jason Hurst,48 of Chorley Old Road, Bolton who later admitted in police interview to spending the money on cocaine and prostitutes.

There were seven transfers to Michael Frames,28 of Milbury Drive, Littleborough of just under £15,000. Frames was an NHS employee at the time, and arranged the fraud using his NHS email account. He has since left the NHS.

In total, £73,232 was transferred to his friends including Daniel Merriman,27 of Hursteaf Road, Milnrow, Thomas Rigby,26 of Turf Hill Road, Rochdale and Richard Rigby,29 of Windmill Court, Rochdale.

The investigation revealed that he used these documents to obtain arrangements from loan companies to avoid paying off what he had borrowed – either having the loans written off or repayments on them significantly reduced.

He also offered this service to his friends – emailing one: “I have used it on three loans I had in the past. Two have been written off completely…BOOM xx.”

Detective Constable Sarah Langley of GMP’s Fraud Disruption Team said: “It’s clear from correspondence that Ravey imagined himself as some sort of criminal mastermind who’d concocted a fool-proof plan to get rich while avoiding his debtors.

“But frankly, the decision to use his employer’s email address to orchestrate it was one of many frankly bizarre factors in his ill-considered scam.

“After being confronted, he even tried to deny he’d done anything wrong – despite the paper chain from his computer clearly implicated him and his co-conspirators in his desperately flawed con job.

“Let’s not forget this was public money. Everyone – not least taxpayers in Rochdale – should be disgusted by his actions.”

Cash recovered from a rooftop and two arrested after early morning raids across Greater...