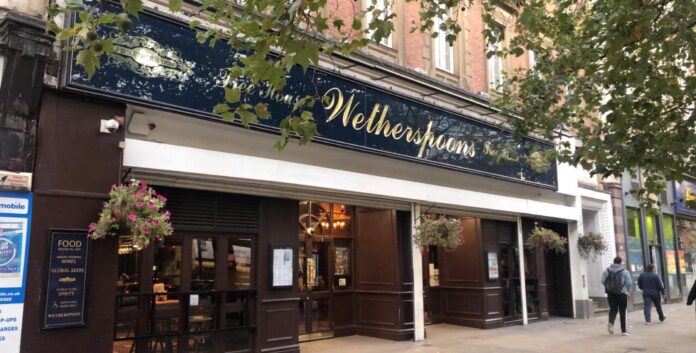 Wetherspoon fell deeper into the red as the pub chain announced its results for 2021 and said it had like many other businesses found it hard to attract workers in some areas of Britain as trading improved.

The company’s losses ballooned to £194.6 million for the 12 months ended July 25, from £105.4 million year earlier because of pandemic curbs. Its like-for-like sales slumped 38.4%.

Chairman Tim Martin, an outspoken critic of the government’s handling of the health crisis, said the pressure on pub managers and staff has been particularly acute and some areas of the country “have found it hard to attract staff”.

“During the pandemic, the pressure on pub managers and staff has been particularly acute, with a number of nationwide and regional pub closures and reopening’s, often with very little warning, each of which resulted in different regulations,” said Martin.

“In the last year, the country moved, in succession, from lockdown, to ‘Eat Out to Help Out’, to curfews, to firebreaks, to pints with a substantial meal only, to different tier systems and to further lockdowns,” he added.

CBD industry could present an employment lifeline, with thousands of UK jobs