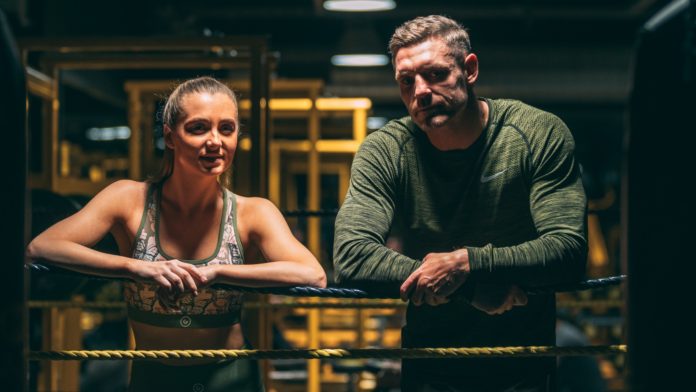 Boyfriend and girlfriend Jon Worsnop and Katie Booth are enjoying success off the track and field, following careers as professional sports people, and have generated a loyal celebrity following in the process.

The ex-professional footballer and ex-triathlete pair created Gymology – the fresh food delivery business that caters for those trying to improve and maintain their fitness levels while leading a busy lifestyle – and have supplied 100,000 meals in just six months.

Despite only trading since September 2018, the business, which is currently turning over £75,000 per month, supplies a number of professional football clubs, including Aston Villa, Rochdale A.F.C, Oldham Athletic A.F.C and Coventry City F.C, as well as a number of North West-based care homes, which receive specially tailored nutritious meals to cater for their residents’ dietary requirements.

As well as having almost 200 weekly meal-prep subscribers across the United Kingdom, Ireland and The Channel Islands, Gymology has partnered with nationwide health club chain Total Fitness, making its ready-made meals and drinks available to purchase off-the-shelf in its branches from 2 April.

The Manchester-based business currently employs eight full-time chefs to create premium meals, made with fresh local ingredients, delivered directly to customer’s front door or gym. It offers three types of pre-prepared meals: build balance or burn – each is specially tailored to provide the customer with the required level of nutrition to reach their fitness goals.

Jon Worsnop, founder of Gymology, said: “We’ve been overwhelmed by the positive response after trading for such a short amount of time. We started creating and supplying the quality and premium meals Katie and I struggled to find ourselves, to eat on-the-go, and they seem to have hit the spot with thousands of people up and down the country too.

“We’ve gone from borrowing a café’s kitchen in the evenings, to buying our very own 4,600 sq ft premises and commercial kitchen – we’re sending out over 600 boxes full of freshly-cooked nutritious food every week and making nearly 20,000 meals per month.”

Gymology recently purchased its new premises in the North West, after starting the healthy meals business in a local café kitchen. A commercial kitchen will allow the business to produce 50,000 meals and more than 10,000 bottles of its recovery and cleansing drinks, per month. The business also anticipates taking on a further 10 members of staff in the coming months.

Worsnop continues: “Knowing exactly what is in your food and being able to eat in a healthy and balanced way, despite not having time to cook yourself, shouldn’t be a problem. Feedback from our customers has been phenomenal and everyone who has tasted and signed up to the programme has complemented our meals and service.

“We’re hoping to build on the positive feedback as we develop the business and products even further over the next year, with plans to supply Europe with our food which can be transported overnight to anywhere on the continent. We’re also about to launch our children’s meal prep menu and packages, making healthy food convenient for anyone of any age. Watch this space!”

Jon Worsnop started his football career at Premier League club Bradford City, spending four years at the club, before joining Chester FC. During his time as a professional goalkeeper, he also studied in sports nutrition via the PFA, before hanging his gloves up and pursuing a career in business.

Katie Booth is a sponsored triathlete, who was selected to train on the Olympic Development Triathlon team. She too is passionate about fitness and nutrition, and studied a sports management degree at Loughborough University.

For more information about Gymology and its fresh fitness food packages, visit its website, www.gymologyuk.com.

WonderBill Choses Manchester as a Hub for Technology Talent