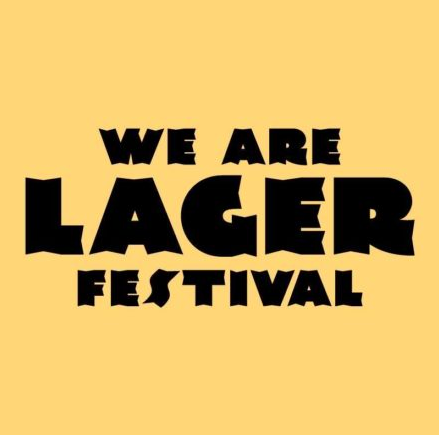 This Friday, We Are Lager will be holding a one off pop-up lager party in a secret location in Manchester, with free lager and food for the first fifty attendees.

The free party will be held at a non-disclosed location on Friday 8th March from 5.30pm, with lager from Manchester Union Brewery, free food from taco kings El Taquero, plus music from Gareth Brooks.

The location of the party will not be revealed until Friday via We Are Lager’s social channels, and the first fifty people to find the secret location will be given a wristband that entitles them to the free food and lager for the duration of the event.

Every attendee who manages to bag a place at the party this Friday will be gifted a pair of tickets to one of the sessions at We Are Lager festival in April, with one lucky guest winning a pair of all sessions passes to include food and beer tokens.

Those wishing to attend the festival need to follow We Are Lager on their social channels, as they give out clues about the location on Friday. For clues follow @wearelager on Twitter and Instagram, or facebook.com/wearelager.

20 of the world’s finest craft lager breweries will descend on Manchester from 4th-7th April for for We Are Lager, bringing with them over 50 styles of lager to create the UK’s biggest lager festival. The four day celebration will be held in one of Manchester’s most iconic victorian buildings – Upper Campfield Market, with local food traders with lager matched menus, and a stellar lineup of DJs.

Confirmed to showcase their lager at the festival are UK brewers Pillars Brewery, Mondo Brewing Company and Moor Beer, and from the Czech Republic Budvar, Pyynikin Craft Brewery, an up and coming craft producer in Finland, joined by Canadian grassroots craft brewery Collective Arts Brewing and Lucky Saint, producers of “an alcohol-free beer worth drinking”.

We Are Lager is the UK’s biggest lager festival and will include Manchester Union Brewery which is Manchester’s first and only dedicated craft lager brewery, launched January 2019. Over the weekend they will be showcasing their own lager along with some exclusive one off specials.

Also joining the lager line up is a stellar list of local food traders to curb hunger when punters are a few drinks in. There will be burgers, BBQ and wings provided by Urmston favourites Get Chucked, a little taste of Mexico brought by taco kings El Taquero, dim sum by street food & Hong Kong flavour experts Dim Sum Su and providing a comforting carb fix, the Yorkshire based mac & cheese makers Mac Shac. Delicious desserts & coffee will also be provided by Altrincham newcomer Off The Wheaten Track & Coffee 2 Pick Up. All of the food traders will be providing special lager matching menus so festival attendees can really get the ultimate lager experience.

As well as the copious amounts of lager for fans to try, there will also be a dedicated gin bar, plus wine, prosecco and soft drinks to ensure there is something for the non-lager drinkers too.

Going against the grain, We Are Lager also has an extensive line up of DJ’s curated by Manchester’s longest running club night Funkademia. The long weekend will kick off on with a Manchester’s Finest takeover on the Thursday with Chimpo from Levelz, Nanny Banton & Gareth Brooks (Hula), with further DJs across the weekend to include Everything Everything, Luke Unabomber (Electric Chair),  A Certain Ratio Soundsystem, Funkademia V Girls on Film, Take Me To Church & Hattie Pearson.

There will also be a dedicated family day on the Sunday, where lager fans are invited to bring their families for a day of great drinks, good food, chilled vibes, and child-friendly activities.

Jamie Scahill, co-founder of Manchester Union Brewery and We Are Lager, said; ‘’We are really excited to launch the first We Are Lager Festival in April, but we wanted to do something before then to show people what we are all about. It isn’t just the lager, it’s a proper party with good food and good music to share with friends’’

“Lager has had a bad reputation over the past 30 years and We Are Lager is aiming to change this by showcasing the best lager the world has to offer as our ethos is Drink Better Lager.’’

Love lager? Join the team and We Are Lager for a day (or more)! Volunteer your services in exchange for a ticket to a session of your choice. Join the celebration here: http://bit.ly/wearelagervolunteer

Tickets are available in advance from Skiddle and start at £8 and include a limited-edition glass, beer menu and entry to the session.