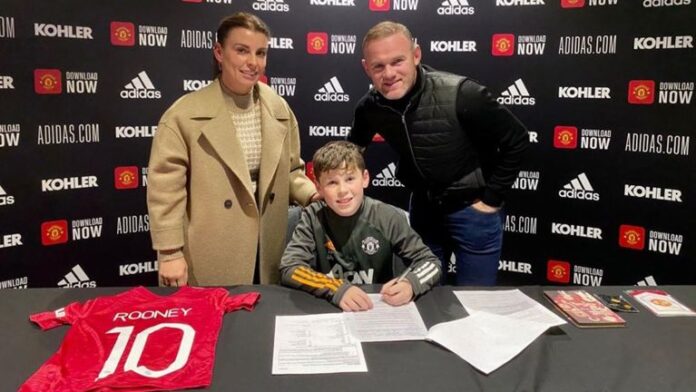 The 35-year-old Rooney posted a picture on Instagram alongside his wife Colleen and 11-year-old Kai, who held up a United No. 10 shirt – the number his dad wore for the Premier League club – with his name on the back.

Rooney senior joined United from Everton in 2004 and became the club’s record goalscorer, netting 253 times in 559 appearances over 13 years at Old Trafford before re-joining Everton.

Supercomputer reveals who will win Champions League title and it is not a Premier...