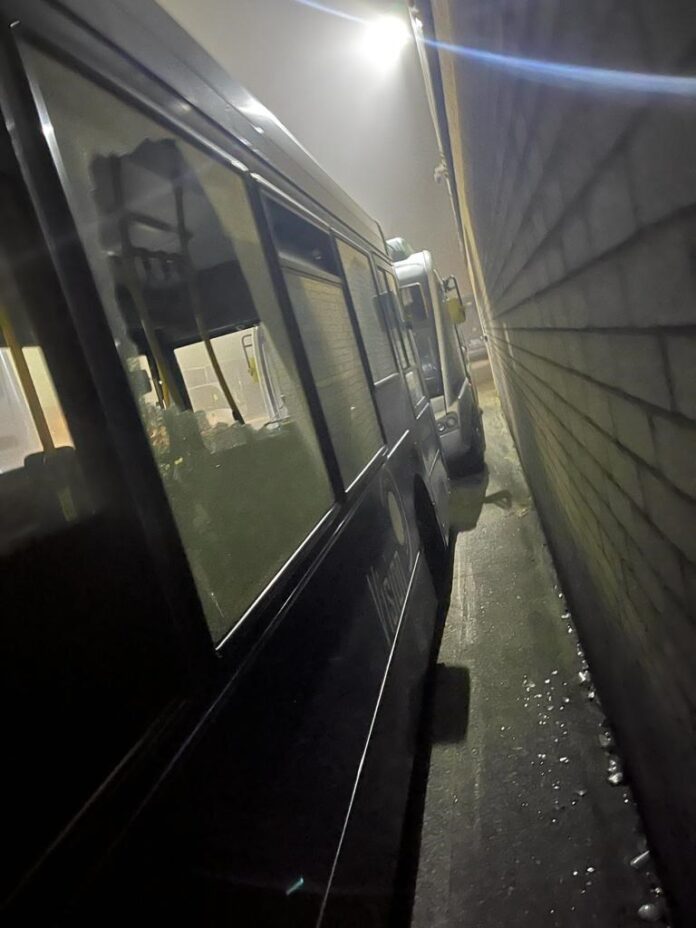 Police and transport staff are warning of the dangers and consequences of throwing objects at buses and trams following a spate of incidents this year.

The Greater Manchester TravelSafe Partnership (TSP) is taking swift action, reviewing footage to identify those involved and using combined operator intelligence to target patrols in the areas where incidents are most likely to occur.

With most attacks believed to involve teenage youths, the TSP is also carrying out educational work in targeted schools, using driver interviews to reinforce the human impact of the incidents.

Since the turn of the year, the TSP has recorded 49 separate incidents of criminal damage to buses, with many being a result of various objects, including bricks, baseball bats and scooters thrown at moving vehicles.

The latest incident, which took place yesterday evening on the Bridgehall Estate in Stockport, saw a missile thrown through the window of the 328 Stagecoach service, hitting the driver on the back of the head.

In another incident a bus driver required medical attention after he was hit by glass smashed by a missile thrown from the side of the road, while operators have also reported incidents of passengers being injured.

The attacks on vehicles have resulted in services being diverted or withdrawn from certain routes, impacting the wider community by potentially isolating those reliant on buses for essential travel.

The TSP has also recorded 62 incidents of criminal damage to the Metrolink network, including 31 incidents of smashed tram windows and 31 incidents of damage to shelters and validators. Vehicles had to be removed from service following these incidents, reducing the number of trams available to operate on the network.

Greater Manchester’s Deputy Mayor for Policing, Crime and Criminal Justice, Bev Hughes, said: “It is outrageous to hear of these appalling incidents and my thoughts are with the injured bus driver and affected passengers.

“The damage has resulted in services being diverted or withdrawn, which then has a wider impact on our communities who rely on them for essential journeys and for key worker jobs.

“Public safety is of paramount important to us, and the TravelSafe Partnership staff are continuing to keep our transport system safe and moving. Committing crime and disregarding restrictions will not be tolerated and action is underway to identify those responsible.”

Inspector Jon Middleton of GMP’s Transport Unit said: “Our Transport Unit and local policing teams are currently investigating these reports and take a zero-tolerance approach to this kind of behaviour that puts our communities at risk.

“Antisocial behaviour on public transport is not acceptable and can have a major effect on other passengers. We will continue to work hard with partners to ensure that people feel safe and can travel without intimidation or feeling threatened by the behaviour of others. I would like to thank the majority of our communities who respect those that help our transport network run and would appeal to everyone to be considerate to others and to continue reporting crime to ourselves.”

The Partnership shares data and intelligence and, thanks to bodycams, call points on all trams and stops, over 2000 CCTV cameras across the Metrolink network and a 24/7 control room, helps coordinate a quick response to live incidents.

Matt Rawlinson, Diamond Bus North West Deputy Managing Director, said: “As a local bus company, like many other businesses, we are struggling to recover from the financial impact of Covid-19 BUT we are positive about growing bus services in Greater Manchester and we have continued with our £3.6 million investment in new vehicles.

“The safety of our staff and customers is not a position we want to be in but unless we can work with the community to put a stop to these dangerous acts of vandalism we will have no choice but to remove services when incidents occur.”

Stagecoach Managing Director Lee Wasnidge said: “The safety and wellbeing of our staff and customers is always our absolute priority. These irresponsible incidents can be both dangerous and distressing to anyone involved. We are working closely with TravelSafe partners to prevent these incidents and identify those responsible.”

Police refer themselves to IPCC over death of Ellen