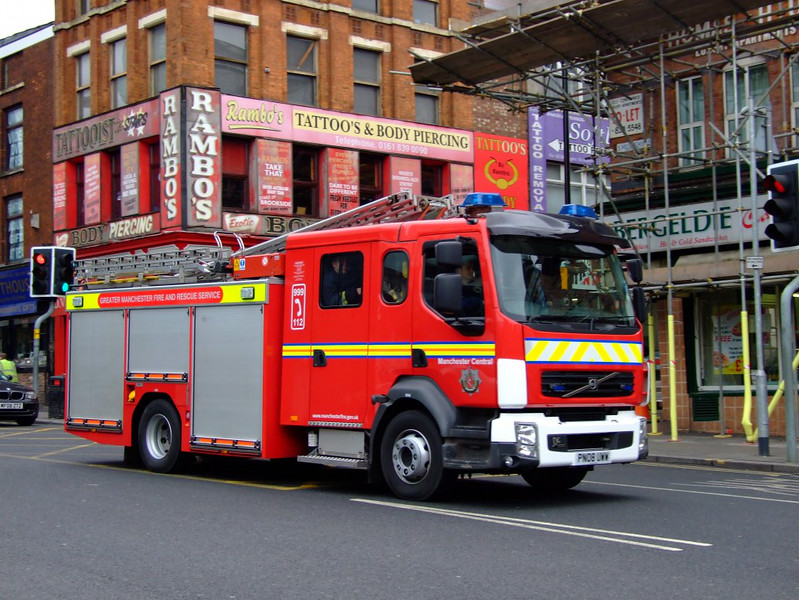 Greater Manchester Fire Service has issued a warning to people DO NOT get distracted while cooking  this morning after a blaze tore through a bungalow last night in Uppermill.

It is believed the fire in Primrose Avenue,  started in the kitchen of a dormer bungalow and was burning for some time before the fire service was called at 8.14pm.

The elderly resident was treated at the scene by firefighters for smoke inhalation and was taken to hospital by ambulance for a precaution.

Station Manager Mark Wilson said: “We believe the fire started when the resident put food in the oven and became distracted, possibly then falling asleep.

“It was some time until the fire was discovered. The flames had gone through the ceiling of the kitchen, into the bedroom, through the walls and burned through quite of a lot of belongings that were stored there.

“Sadly the property is very seriously damaged but luckily no lives were lost on this occasion. This is a timely reminder to residents to stay focused while cooking and not be tempted to start cooking if you are feeling sleepy. Most importantly, make sure you have a working smoke alarm on each floor of your property. If you have an elderly neighbour who you think may not be able to fit a smoke alarm or you are concerned for fire risk in their home, contact us and we can visit them.”

On this occasion, smoke had started to spread into a neighbouring property and at the same time the resident became aware of the fire and safely got out of her home.

Five crews from Oldham, Mossley, Blackley and Rochdale were met with a severe fire involving the kitchen, which had spread to the dormer first floor bedroom and roof space.