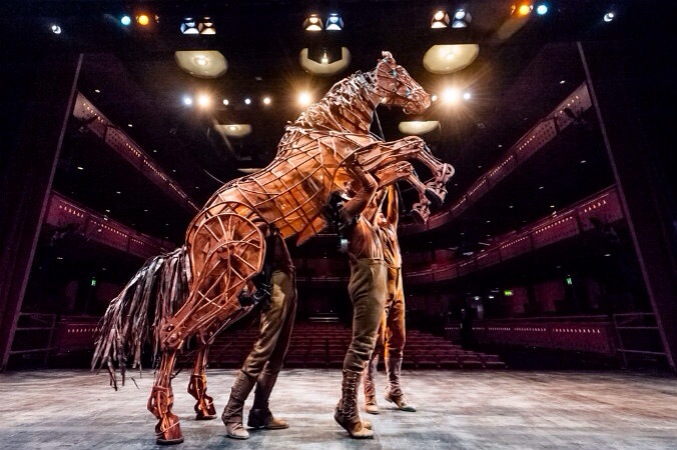 As the National Theatre’s production of War Horse, set against the backdrop of World War I, begins its unprecedented 9-week return to the Lowry in Salford this summer, Joey, the life-size puppet horse and star of the show will make special appearances at War Horse Close Up at Manchester’s Central Library on Saturday 26 July 2014.

Joey will be joined by members of the company, many of whom live in the North West.

It will be a day of themed activities devised by the National Theatre and Manchester Libraries, Archives & Information Service, marking the centenary of World War I by exhibiting some of the Library’s remarkable World War I archives.

Michael Morpurgo’s 1982 novel War Horse, which has been described as ‘An Anthem for Peace’, tells the powerful and uplifting story of young Albert, his beloved horse Joey and the unimaginable obstacles they overcome both individually and together.

Michael Morpurgo is a former Children’s Laureate and has written over 100 books for adults and children, a number of which are themed around war. Speaking of War Horse, Michael said: “Hand on heart, War Horse is not just the story of the horse. It is the story of all the men who fought in that Great War, and who died in it, and who were wounded forever by it, in their mind or in their body.”

In October 2007, 25 years after the book was written, The National Theatre adapted War Horse for the stage, in association with South African company Handspring Puppets. At the heart of the show are life-sized puppets which bring breathing, galloping, charging horses to thrilling life on stage.

The production has now been seen by over five million people worldwide. The Times said: ‘Every child over 10 should see War Horse – it stretches that most under-used muscle, the imagination.’

The Merseyway Maze will be opening this Saturday for families to enjoy over the...

Now you can buy a cheese advent calendar