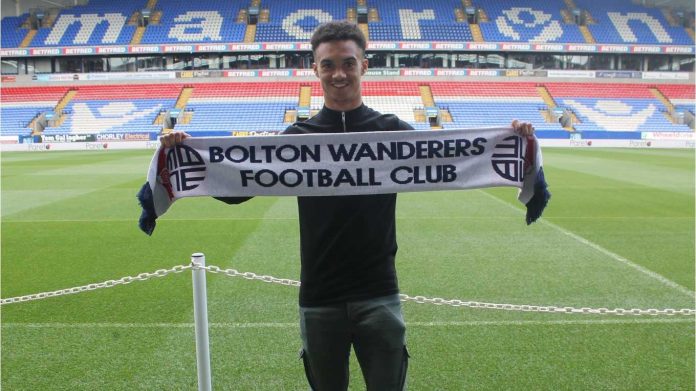 Bolton Wanderers have confirmed the signing of Antonee Robinson on loan from Everton.

The 19-year-old left back moves to Macron Stadium on a temporary deal until January and becomes the Whites’ fourth signing of the week after Reece Burke, Josh Cullen and Aaron Wilbraham.

Born in Milton Keynes but a former United States of America youth international, the defender made three appearances in last season’s Checkatrade Trophy, including Everton’s 2-0 victory over Bolton at Macron Stadium.

Robinson also played an integral part in Everton Under-23s’ Premier League 2 title triumph in 2016/17, having previously picked up the club’s Under-18s Players’ Player of the Season honour at their annual Academy Awards.

Bolton Wanderers look for first win of 2021, while Salford City aim for the...