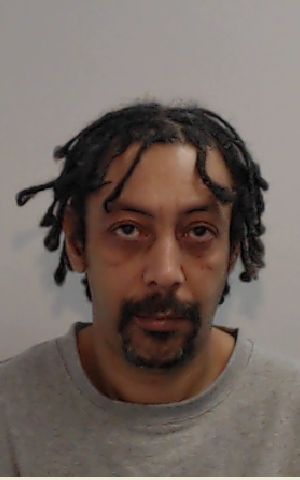 A man has been jailed for ten years after a woman was shot at a Stockport hotel earlier this year.

David Andrew Jeffers,47 of Berkley Terrace, Leeds, was sentenced for possession of a firearm with intent to endanger life at Minshull Street Crown Court today.

The court heard how in the early hours of Tuesday 31 January , police were called to the Britania Hotel, DIalstone Lane, to reports that a woman had been shot.

When officers arrived at the scene they found a 46-year-old woman with serious abdominal injuries after being shot in her vagina. She was rushed to hospital requiring extensive surgery but has since recovered.

The woman, who was too unwell to be fully interviewed at the time, told officers from her hospital bed that Jeffers was a “bad man”.

Jeffers claimed to have found the gun in the toilet in a Wetherspoon pub at Leeds train station and took it to Manchester to dispose of so he wasn’t blamed for leaving it there.

He was spotted on CCTV leaving the hotel and traveling to Piccadilly Station before catching a train back to Leeds.

Armed officers raided a property on Amberton Grove, Leeds, two days later and arrested Jeffers. A search of the house found a partially scrawled note denying knowledge of the incident.

Detective Inspector Roger Edwards, of GMP’s Stockport division, said: “This was a horrifying attack that has left a woman with life changing injuries that will affect her for the rest of her life.

“It is one of the most shocking sets of circumstances that I have encountered and I hope that this sentence can help offer some closure.

“Jeffers has committed a brutal attack and left her badly bleeding in a hotel room, showing no regard for her life.

“I know that this has been a traumatic time for this woman, having to relive the horror of that day, but I hope that this sentence can help her get her life back on track.”

Four men have been jailed for their part in arson attacks in Leigh and...