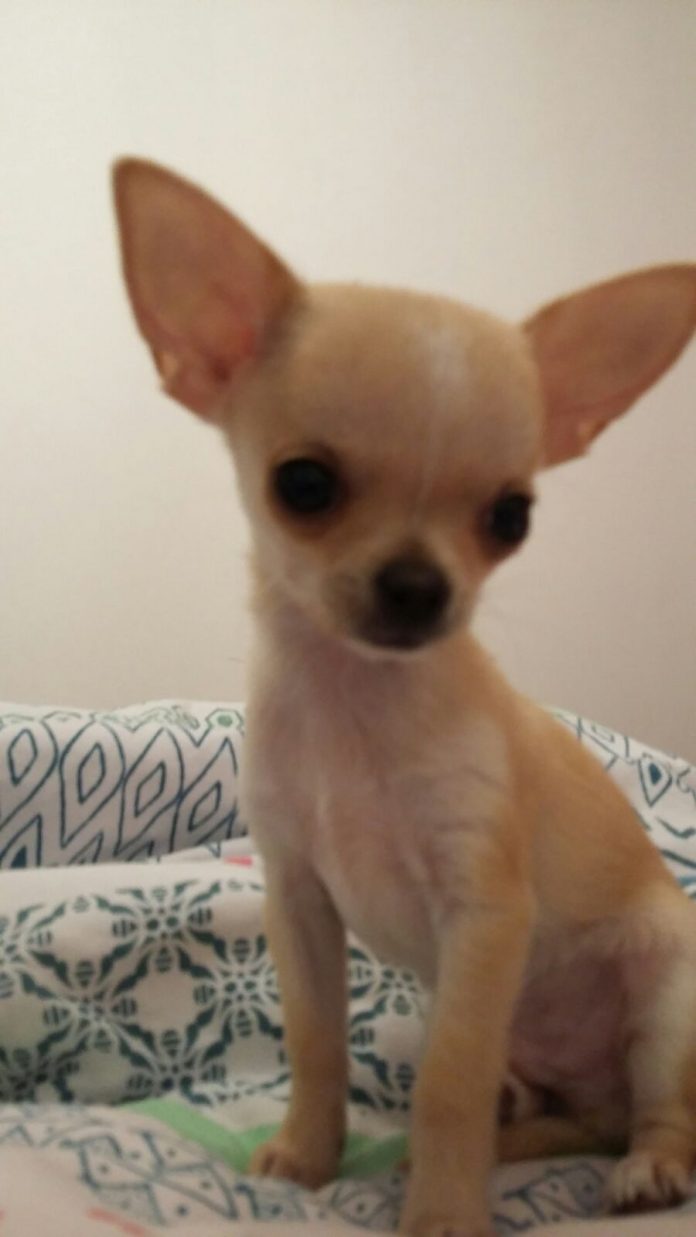 A beloved family dog was stolen by thieves from his home in Ardwick .

The robbery at Addison Close, took place on 27th July

At around 11pm, the robber approached a man outside his home and grabbed his pet dog who was sitting next to him and ran.

The owner chased after him, but as they approached Oregon Close the robber was joined by a second offender who threatened him with a knife before both fleeing with Dalai the four-month-old Chihuahua.

The robber has been described as a tall, skinny, white man, wearing a blue bomber jacket, grey sports trousers and a hoodie. He also had a scarf around his face.

The second offender has been described as a tall, skinny, white man, wearing black clothes and holding a small knife in his right hand.

Officers have now released images of Dalai are appealing for the public’s help to trace him.

DC Tom Munnery of GMP’s City of Manchester borough, said: “Dalai’s family have been left devastated by this and want nothing more than him returned safely.

“We have released images of Dalai and are appealing for the public’s help to find him and reunite him with his family.

“If you have seen a dog you believe could be Dalai, or offered a dog similar to him, I would urge you to contact us.

“I would also ask anyone who may have witnessed anything suspicious in the area around that time to please also contact police.

79 year old jailed for sexual assault on a 4 year old girl back...