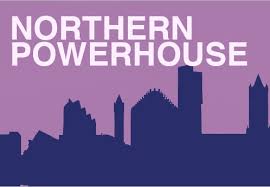 Five years on from the launch of the ‘Northern Powerhouse’ agenda, IPPR North has published new independent analysis of the impact that it has had on the region.

Researchers at the leading think-tank have called for central government to devolve power and resources to the North of England “so that the region, and the nation, can prosper”.

They argue that the Northern Powerhouse remains an important agenda, and they point to some successes including 5 new metro Mayors and the creation of Transport for the North which has brought forward a £70 billion investment plan.

But they also found that The Government’s policy programme of austerity has undermined the economy of the North:

The Northern Powerhouse has proceeded against a backdrop of austerity- since 2009/10 the North has seen a £3.6 billion cut in public spending, while the South East and the South West saw a £4.7 billion rise, in real terms (London also saw a cut however, but by less at £256 million).

In the same time, transport spending rose by more than twice as much per person in London (£330 per person) as in the North (£149 per person), in real terms.

And total foreign direct investment jobs fell by 23.7 per cent between 2015/16 and 2017/18 in the North, while falling by 21.5 per cent nationally over the period. Research has shown the North is twice as vulnerable to Brexit as London.

Because of these factors, and longer-term changes to policy and the wider economy, the North has seen several negative trends over the last five years.

Since 2014 200,000 more northern children are living in a poor household, meaning there is a total of 800,000 children living in poverty in the North.

Despite this, the Northern economy has shown signs of improvement and these are the foundations upon which a new phase of the Northern Powerhouse, led by and for the North, could be delivered. Since 2014 economic  growth was marginally higher in the North than the national average – growing by 10.7 per cent between 2014 and 2017; this compares to 10.6 per cent for the UK as a whole; and 9.7 per cent for the UK excluding London.

The North’s productivity gap with the rest of the country has narrowed slightly: productivity in the North grew more than London or any other English region between 2014 and 2017, growing by 8.5 per cent, and compared to 6.6 per cent nationally.

Manufacturing employment has increased by 55,000 jobs, and professional scientific and technical jobs have increased by 35,000.

“All of England’s regions have serious economic problems – including our capital. Power and resources are hoarded in Westminster and people in all corners of the country miss out.

“That’s why the Northern Powerhouse agenda is important. If we work to power up the North, we can build a fairer, stronger economy for the whole of the UK.

”The North of England must now be a political priority, and the government must go further with devolution and investment to the region”.

The emotional stress caused by COVID-19 will lead to smaller babies being born, predicts...