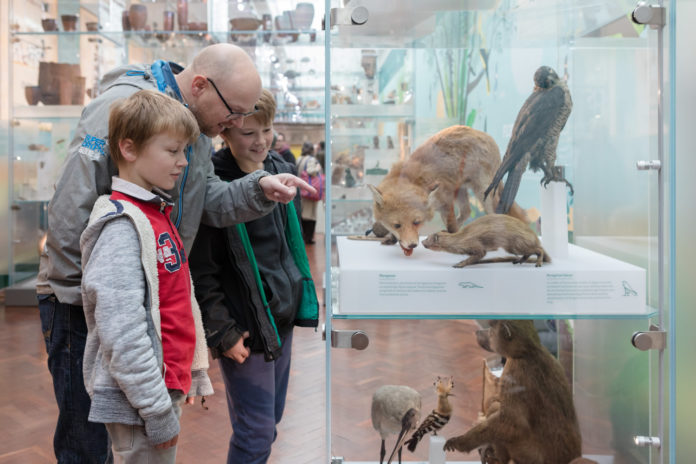 A £3.8m refurbishment and a varied calendar of events have brought 133,000 visitors to Bolton’s Central Library and Museum in the last three months.

The exhibition, which features a full-sized recreation of the tomb of Thutmose III, attracted almost 10,000 visitors on its first day alone.

Since then, the exhibition has been complemented by a number of activities which have helped Bolton’s Central Library and Museum buck a national trend for declining footfall.

Terry Deary, the world-famous author of Horrible Histories, brought his play ‘The 11th Hour’ to the Library Lecture Theatre in November and popular picture book character ‘Stick Man’ was brought to life through interactive storytelling in the festive period.

During a pre-Christmas late-night event at the museum giftshop, visitors enjoyed discounts on items ranging from Constance Howarth designer products to children’s toys.

Similar success can be seen across the borough where Bolton’s network of libraries saw borrowing rates increase in 2017/18.

Against a national backdrop of falling library use, the decision to abolish late fees for young readers has seen a 7% increase in books taken out by children in Bolton.