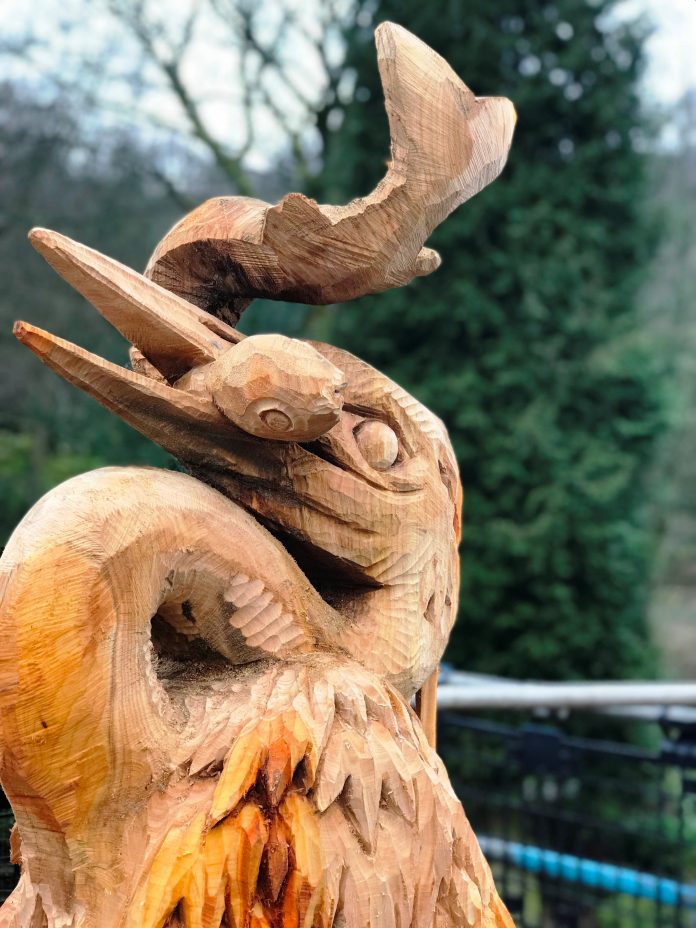 The masterpiece, which was shaped in the form of a heron, was carved from the trunk of a recently felled cherry tree which has been in decline in recent years.

The sculpting took place during the Easter school holidays with the finishing touches added on Friday 13 April. To mark the occasion a variety of woodland craft stalls were put on alongside a range of family activities.

This project initially came to light following detailed discussions with the council’s Arbor and Countryside Service over the tree’s deteriorating condition. When a decision was made for the tree to be removed, it was seen as the perfect opportunity to create a lasting feature in the gardens with what remained of the trunk.

With the trunk’s prominent position and proximity to the nearby river and local wildlife – of which there have been several sightings of a heron on the riverbank – the costal bird was chosen as the figure to mark this carving.

The heron has a variety of positive meanings and symbolisms in a number of cultures, including self-determination, self-reflection, inquisitiveness, curiosity and determination along with strength and patience.

This suited the sculpture’s location as it would be based near Uppermill Library and alongside the existing peace pole situated in the gardens.

Council’s can now double the fine for dropping litter