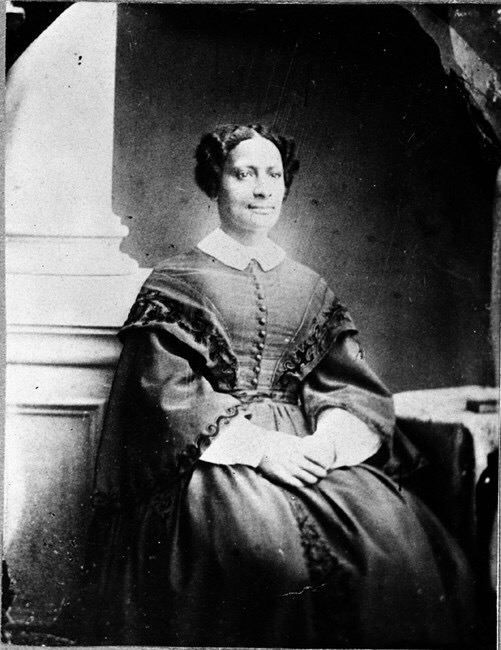 Historic England launches three podcasts on the pioneering women behind the anti-slavery movement.
Historic England is celebrating the women instrumental in the abolition of slavery. From the Quaker Elizabeth Heyrick, the first campaigner to call for an immediate end to slavery (years ahead of better known male campaigners), the escaped slave Mary Prince who delivered a petition to parliament, to Sarah Parker Remond, a free black American woman who toured the country encouraging support for an end to slavery in the USA.

These podcasts are part of Historic England’s work to raise awareness of under-represented groups and their untold histories.
The anti-slavery movement grew from the 1790s onwards and attracted thousands of women. At a time when women had no official voice or political power, they used their influence in creative writing, events such as tea parties in the home and later, by forming women-only societies, to campaign for an end to slavery.

The tactics they used, such as boycotting slave grown sugar, door to door canvassing, presenting petitions to parliament and even having a dedicated range of anti-slavery products such as sugar bowls, badges and bags, provided a blueprint for women’s campaigning in the late 19th and early 20th centuries.
In 1792 the sugar boycott is estimated to have been supported by around 100,000 women. By 1833 the national women’s petition against slavery had more than 187,000 signatures.
These dedicated women spoke up for what they believed in but despite their strength in numbers, not everyone was on their side.

Even the best known abolitionist, William Wilberforce, was against the idea of women campaigning saying “For ladies to meet, to publish, to go from house to house stirring up petitions. These appear to me unsuited to the female character as delineated in scripture.”
Nicola Raimes who produced the podcasts on behalf of Historic England said: “I feel it is important the stories of these pioneering women of the 18th and 19th centuries are brought to wider public attention, particularly to mark the International Day for the Remembrance of the Slave Trade and its Abolition.
We tend to concentrate on men like William Wilberforce; yet as the podcasts describe, women were vital to the abolitionist cause. That they campaigned at a time when society severely constrained women’s activities, is all the more remarkable.”

A bleak future for the Ash