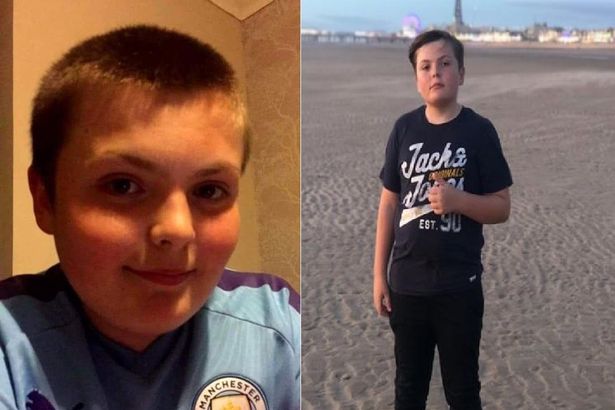 An unlicensed driver who drove at almost three times over the speed limit and killed a young teenager has had his sentence increased.

Liam Wilson aged 21 of Livingstone Street, Ashton-in-Makerfield, was sentenced to five years in prison at the Royal Courts of Justice in London today (Friday 27 November 2020).

The sentence has been increased by one year from the four years in prison originally imposed at Bolton Crown Court back in September after Wilson pleaded guilty to causing death by dangerous driving.

His disqualification from driving has also been increased from five years and ten months to six years and six months.

Following his ban, Wilson will also have to take an extended retest should he wish to drive.

Wilson was driving a silver Jaguar X Type at approximately 58 miles per hour on a 20 miles per hour stretch of road on Old Road in Ashton-in-Makerfield at around 4.30pm in July this year.He lost control and mounted the nearside pavement where 13-year-old Jack Marcus Worwood was walking.

The teenager was on his way to play football and was struck by Wilson, sustaining serious injuries. Sadly he died as a result of those injuries the following day

Middleton Women at the centre of International sexual exploitation ring