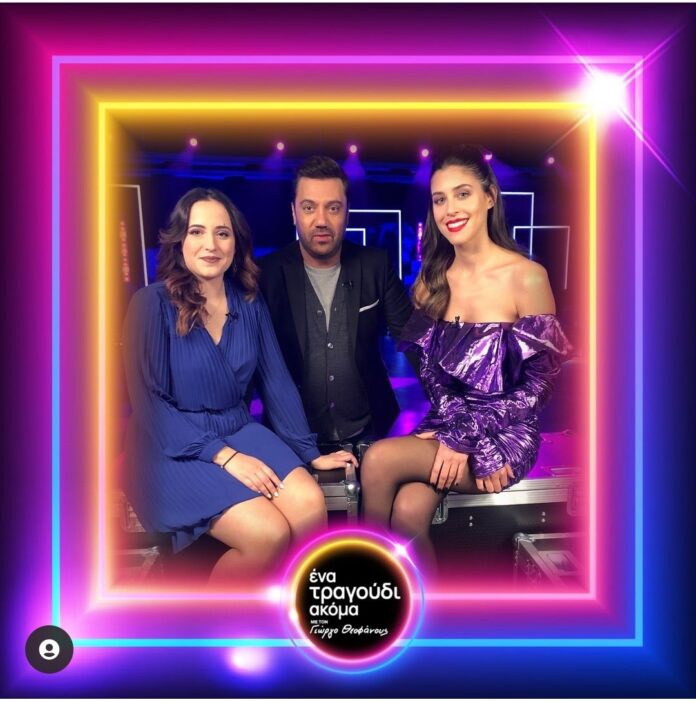 Katerina Kaifa is the lead singer of Honey Bee Jazz, a Jazz quartet based in Manchester and she returned to her home country of Greece over Christmas to perform on the show of famous Greek composer, George Theophanous.

Amongst other well-known Greek artists Katerina performed three songs, both in Greek and in English, and in-between performances also spoke about her time at Salford.

Talking about her performance Katerina explained: “When I was 12 years old, I participated in a TV singing competition in Greece called ‘The Music School’. In that competition we had four judges, one of which was Mr George Theophanous. I was able to win that competition and get his attention, and after seven years he was still keeping an eye on my work and how I was evolving as a musician.

“This year he decided to do a TV show himself where he invites well-known singers and musicians in Greece to perform on the show. Among those singers, he invites in each episode a ‘new talent’ that he has discovered, in his years as a musician, from all around Greece and on the episode of the 28/01 I was given the opportunity to perform in that role.

“During my years at the University of Salford I was able to develop my skills as a performer and a musician through the guidance and expertise of my tutors and present myself as a true professional. I gained a lot of knowledge that allowed me to build my image, feel sure about myself and thus get the attention of many people.

“In my home country I would not be able to study popular music in the way that I do in Salford, so it is safe for me to say that Salford was the reason I was able to develop as much as I have and get opportunities that I otherwise I would not have access to.”

Tim France, Director – Performance, Music, English & Dance, said: “Katerina has been an exceptional student on Popular Music & Recording since she joined us 2 ½ years ago. It was clear from the outset just how much potential she had as a performer and, since then, she has focussed so much time in developing and perfecting this talent.

“It was lovely to see that this aptitude was recognised by such an important TV programme in her home country. To sing live to a huge TV audience and to the special guests on the show was true testament to how she has grown as an artist. Speaking so eloquently about her programme and the University reflects her wonderful character and joy for music.”

You can watch Katerina perform Adele – ‘Easy on me’ here.

Manchester based No Offence returns for a third series