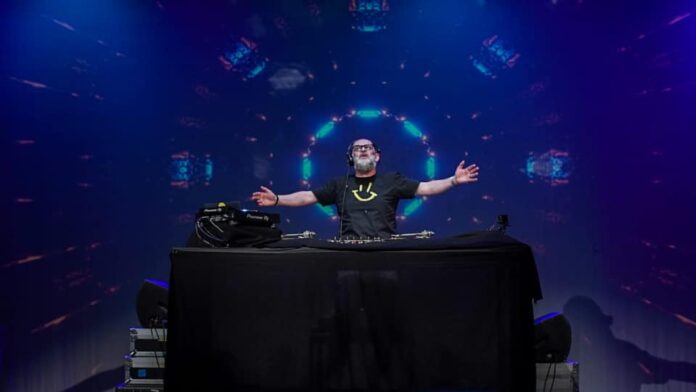 Wigan’s world-famous Boxing Day fancy dress tradition will go ahead this year with a virtual event hosted by United We Stream GM in partnership with Wigan Council.

For this year only, the 42-year-old tradition is moving online to hold onto its title as the UK’s biggest fancy dress party in the UK, after fears it would not be held at all due to COVID-19 restrictions.

Residents of Wigan Borough and beyond will be encouraged to dress up and tune in to the event from their living room as acclaimed Wigan DJ’s perform.

The #WiganBoxingDayFancyDress event is part of a programme of feel-good shows for residents to enjoy through multi award winning digital broadcasting platform, United We Stream GM, during the Christmas break.

Greater Manchester has been under strict Covid-19 restrictions for nine months, so to mitigate feelings of disconnect, boredom and social isolation, United We Stream GM will showcase world class, distinctively northern music and entertainment digitally so people can connect online.

December 18th kicks off with a world exclusive at 8pm – the first showing of Manchester music documentary-film: Manchester Music Then and Now: Music Worth Fighting For.

Thirty years on from Madchester, Music Worth Fighting For features interviews and insights from individuals emphasising how Manchester music is stronger than ever, with more diversity, better venues, and a new generation of talent continuing the story.

It also hears from industry professionals including technicians, band bookers and photographers, plus the promoters and managers of the many grass roots venues and festivals that attract thousands of visitors to Greater Manchester each year.

The film details the extraordinary resilience of the response to the pandemic in Manchester, with bands providing online performances and United We Stream GM attracting millions of viewers worldwide for events featuring Manchester artists.

On Saturday December 19th regardless of tiers, United We Stream is hosting a party style, uplifting ‘Best of UWS’ for people to relive their best party moments of their first acclaimed season.

From 16:00 till midnight, United We Stream GM will provide the soundtrack to an ideal Saturday night stay at home party, bringing together some of the finest moments from their archive of more than 300 talented DJ’s, performers and artists.

Then on Boxing Day, it’s the Wigan takeover!

After 42 years of legendary Boxing Day fancy dress in Wigan, 2020 brings the party home with a world premiere at 6pm of a new film, ‘42’, featuring six incredible DJ’s over six hours.

The spectacular film, inspired by the magnificent costumes and memories of boxing day fancy dress is produced and directed by AL and AL, artist film-makers and creative directors of The Fire Within, in collaboration with dance choreographer Amy Burdon of WigLe Dance and artist Anna FC Smith.

Wigan is renowned for its music scene and #WiganBoxingDayFancyDress will be like no other, with legendary MC Finchy and DJ Kenty, acclaimed DJ Caino, Kyle H, DJ Harvey, Danny Mac and Jake Slater all confirmed to perform.

“Wigan Boxing Day Fancy Dress is created by the people for the people, it’s one of the most exciting nights and important cultural traditions in the annual calendar of our Borough. We are buzzing that this year we can keep that tradition going by inviting everyone to share their fancy dress bubble house-parties and stream the fun online together.”

(Creative directors of The Fire Within AL and AL)

Rounding off this special festive season of shows is the phenomenal Hacienda House Party 24-hour stream, will feature some of the biggest and best-known DJ’s in the world including; Moby, Todd Terry, David Morales, DJ Paulette and Norman Jay MBE and will be the showstopping finale event for United We Stream GM.

he non-stop marathon broadcast will begin at 10am on New Year’s Eve and also feature a bespoke one-off live performance by Haçienda Classical with Manchester Camerata and the AMC Choir.

“Greater Manchester is known to party. One of the highlights of the calendar, is Boxing Day, and there’s no bigger party, than the Wigan Boxing Day Party. Traditionally this is a time when 10,000’s people come out to the streets of Wigan, in fancy dress, tummies full of turkey and their dancing shoes on. The turkeys still happening, but sadly, we won’t be able to take to the streets. That won’t stop the party though and United We Stream GM are bringing the streets to you. Join in, dress up, nothing will stop us!

We hope that these four very different shows will allow you a bit of escapism for a few hours. As always, United We Stream GM will be completely free to watch, and I know for many that money is very tight, but if you can spare a pound or two, that would be great, and your donation will go straight to our chosen, local good causes.” 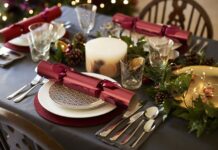 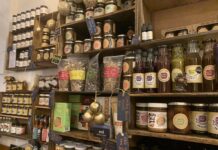 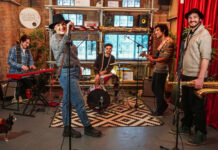 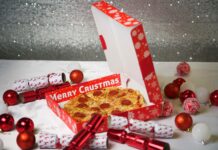 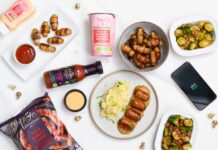 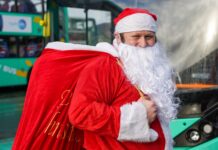 EL Gato Negro & Canto Wrap Up Christmas With The Launch of A New...