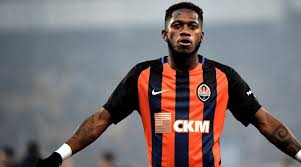 Manchester United have announced that they have reached agreement with Shakhtar Donetsk for the transfer of Frederico Rodrigues de Paula Santos.

The 25-year-old Brazilian had a medical in Manchester yesterday, ahead of sealing a deal that could be worth £52m.

The club have said that they will make a further statement later.

The Brazilian who is in their world cup squad will become Jose Mourinho’s first signing of the summer, he is also said to be close to signing Porto’s 19-year-old defender Diogo Dalot and should complete the deal this week.

Is the 2022 World Cup the last chance for Belgium’s ‘Golden Generation’ to win...