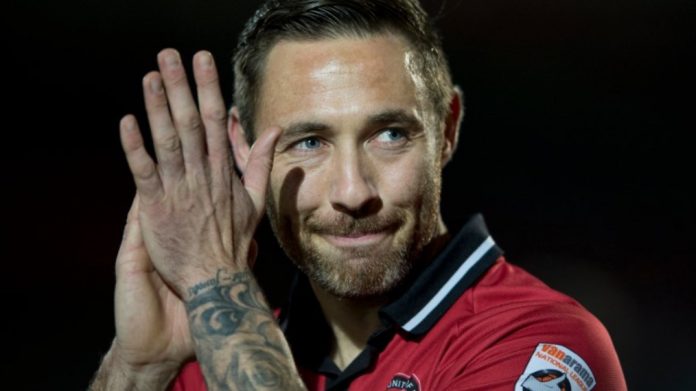 Tom Greaves took over as caretaker player/manager on 25th October  following the departure of Karl Marginson, FC United’s one and only manager since the club was formed in 2005.

Since taking temporary charge, FC United have won 4 and lost 2. Making some immediate changes, Greaves first brought in some of our talented young players and secondly he changed the formation to play two-up-top and play with wing backs, leading to a more exciting style of football.

“The idea of going into management, once my playing career was over, is something I’ve had in my mind for quite a while,” explained Greaves. “This has come much sooner than I expected, but with Tom and Jack and all the backroom staff, I’m lucky to have a fantastic team alongside me. I’ve enjoyed the experience so far, and it’s definitely given me a taste for more.”

“My approach to football is pretty simple.” added Greaves, “I want to see good, attacking football – I know how important that is to the supporters at the club. Above all, I want to see hard work out there, playing for the badge. In my eyes there no excuse for any player to not got out there and give it their all. The fans will back the players to the hilt, so long as they knew they were out there giving 110%.”

“I’m under no illusion of the difficult task ahead. We are in a relegation battle, and we’re in for a real fight over the coming months. The division is tight enough that going on a good run can really catapult us up the league, but I’m conscious we’ve got a tough December that could send us the other way. But I’m confident we’ll get out of the situation we’re in.”

“The attitude of the lads in the dressing room has been second to none. I’ve been left a squad of really talented players. What stands out to me is how dedicated they all are. We’re taking one game at a time at the moment, and that’s meant we’ve changed things up with tactics from game to game. That the lads have all been willing to adapt to the changes, without complaints, is a testament to their attitude.”

Manchester United’s women’s team is given the green light