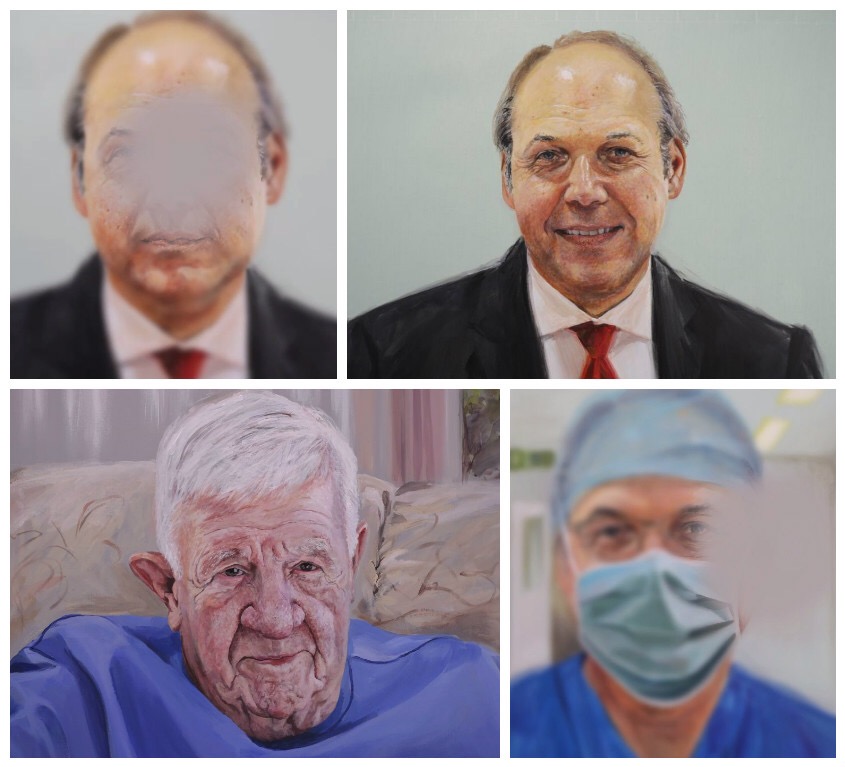 An exciting new Lime Arts project is exploring the damage of sight loss caused by Age Related Macular Degeneration (AMD) and the use of the ground-breaking bionic eye for vision restoration.
Artist, Lucy Burscough is bringing the pioneering work of Paulo Stanga, Professor of Ophthalmology and Retinal Regeneration, to life with Ocular Bionica, a stop-frame video featuring exquisite paintings and animation. The film is set to be officially launched on Thursday 27th October, at Manchester Museum, as part of Manchester Science Festival.

The art project tells the story of the Audenshaw resident, who underwent the four-hour operation to have the bionic eye fitted in June 2015. With the Argus II system switched on, Ray is able to make out the outline of people and objects even with his eyes closed.

Lucy spent time interviewing Ray about how he got involved in the clinical research trial and his experiences of taking part. She has painted detailed and vivid pictures including Ray, Professor Stanga and his team, to illustrate the development of the study and how it came to change Ray’s life. Lucy said:

“This work has been inspired by remarkable, cutting-edge technologies that hint at a future of biomedical bionics and the hacking of humanity. The film seeks to show viewers the world through Ray’s eyes, both before and after the device was fitted.Funding for the project has been donated by Arts Council England and follows my previous work including celebrating Manchester Royal Eye Hospital’s 200th anniversary in 2014.”