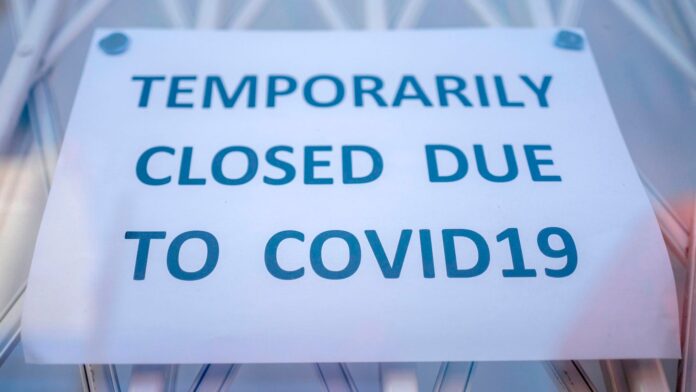 The UK unemployment rate fell to 4.9% in 3 months to February, according to the latest official figures.

It’s down from 5% in 3 months to January despite most of the UK being under strict lockdown restrictions for at least some of the period.

The Office of National Statistics (ONS) said the jobs market was “broadly stable” but “remains subdued”.

It added that five million people were employed but still on furlough.

ONS director of economic statistics Darren Morgan said: “The latest figures suggest that the jobs market has been broadly stable in recent months after the major shock of last spring. The number of people on payroll fell slightly in March after a few months of growth.

“There are, though, over 800,000 fewer employees than before the pandemic struck, and with around five million people employed but still on furlough, the labour market remains subdued.

“However, with the prospect of businesses reopening, there was a marked rise in job vacancies in March, especially in sectors such as hospitality.”

“Today’s figures show the furlough scheme has done its job through the third lockdown to prevent a spike in the unemployment rate. We will need to see job opportunities picking up strongly in the coming months if we are to avoid many jobs being lost as the furlough scheme winds down.

“As restrictions ease, we’re all hoping the economy bounces back strongly, but it would be naive to assume that this will automatically be felt equally by everyone. We already know people on zero-hours or temporary contracts were four times more likely to lose their job in the first lockdown.

“As we look towards the economic recovery, the government must put creating high quality jobs at the heart of its response. It’s unacceptable that growing insecurity following the last recession contributed to rising in-work poverty, with one in eight workers struggling to make ends meet. The Government must tackle this injustice by bringing forward its promised employment bill as a first step to protecting workers and shaping a recovery that equips us all with the skills and conditions we need to thrive.”

“Evidence continues to mount that it is young people’s jobs that have been hardest hit by lockdowns. Support for jobs and training will be vital to making the UK’s economic recovery inclusive. Government should confirm that the extra lockdown at the beginning of the year means that the Kickstart Scheme will remain open for longer to allow businesses the time to deliver opportunities for young people.”

Conversations are a walk in the park – communication is better outdoors, research finds