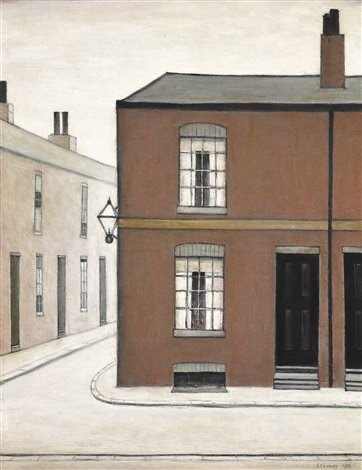 An important painting by LS Lowry of David Lloyd-George’s birthplace will go on display at The Lowry in Salford after it was acquired for the nation through the government’s Acceptance in Lieu scheme.

The scheme, which is administered by Arts Council England, allows those with significant Inheritance Tax liabilities to pay the tax by transferring important cultural, scientific or historic objects to the nation.

It will now take pride of place in The Lowry’s permanent LS Lowry: The Art & The Artist exhibition. The gallery is currently closed due to the COVID-19 pandemic, but is due to re-open in May as part of Step 3 of the government’s Roadmap out of Lockdown.

Edward Harley OBE, chairman of the Acceptance in Lieu Panel, said: “I am delighted that this painting by LS Lowry of the birthplace of David Lloyd George in Manchester has been acquired by The Lowry through the Acceptance in Lieu Scheme. It is particularly gratifying that this is the first time an object accepted in lieu has been allocated to The Lowry, and all the more welcome that it should be such an evocative painting.”

Julia Fawcett OBE, chief executive of The Lowry, said: “We are delighted to welcome this historic addition to our collection. Lowry often recorded the ebb and flow of people’s daily lives – and the striking absence of any living soul in this work is an unsettling reminder of what we have all experienced over the last year. We can’t wait to share it with the public when our galleries re-open in May.”

Culture minister, Caroline Dinenage, said: “The Acceptance in Lieu Scheme exists so that we can save important objects and works of art for the public. The news that LS Lowry’s portrait of former prime minister David Lloyd-George’s birthplace has been acquired by The Lowry, Salford, is testament to the scheme and I look forward to seeing it enjoyed by the local community.”

2,500 civil servants from London set to be relocated to Manchester City Centre