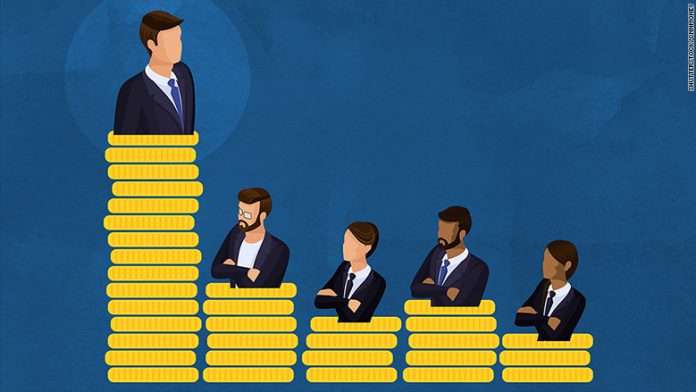 Big firms will have to justify their chief executives’ salaries and reveal the gap to their average UK worker, under new laws to be laid in Parliament today.

It means that for the first time, UK listed companies with more than 250 UK employees will have to disclose and explain this difference – known as ‘pay ratios’ – every year.

This follows concerns that some chief executives have been receiving salaries that are out-of-step with company performance.

These new regulations are part of a package of reforms which will hold big businesses to account for the salaries they pay, while giving employees a greater voice in the boardroom say the government.

In addition to the reporting of pay ratios, the news laws will also require all large companies to report on how their directors take employee and other stakeholder interests into account

They will also require large private companies to report on their responsible business arrangements and for listed companies to show what effect an increase in share prices will have on executive pay to inform shareholders when voting on long-term incentive plans.

One of Britain’s biggest assets in competing in the global economy is our deserved reputation for being a dependable and confident place in which to do business.

Most of the UK’s largest companies get their business practices right but we understand the anger of workers and shareholders when bosses’ pay is out of step with company performance.

“The Tories have missed the mark again, reannouncing half-baked, rehashed policies that do nothing to tackle the entrenched inequality that’s crippling our society.

“This won’t end staggering pay disparity or help hard-up workers at the bottom of the chain. Theresa May and her Government are too weak and unwilling to take on big bosses and act in favour of ordinary workers.