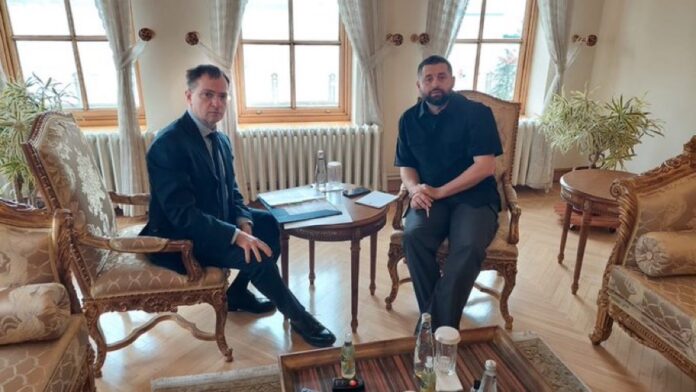 Moscow has said it would reduce the assault in the north, where Kyiv is located and the northern city of Chernihiv, its deputy defence minister says

However this does not represent a ceasefire, Moscow’s lead negotiator in talks with Ukraine has said.

“This is not a ceasefire but this is our aspiration, gradually to reach a de-escalation of the conflict at least on these fronts,” Vladimir Medinsky said in an interview with the TASS news agency.

Meanwhile the war continues with reports that at least 7 people were killed by Russian attack in Mykolaiv.

Russian forces destroyed Mykolaiv’s regional state administration building in the morning of March 29. At least seven people were found dead under the rubble, while 22 others were injured, the State Emergency Service reported.

The Lviv mayor thinks that the war will continue ‘in one form or another’ till end of summer.

Andriy Sadovyi said in an interview with Ukrainska Pravda that there are no active military sites left in Lviv, so “if Russians attack our city, they attack only civilian sites and civilians.”

Boris Johnson said that a ceasefire between Ukraine and Russia wouldn’t be enough to lift UK sanctions.

Johnson said that “the pressure on Putin must be increased both through further economic measures and providing military aid to ensure Russia changes course completely,”.

Retirements will hit a record high this decade – but so too will the...