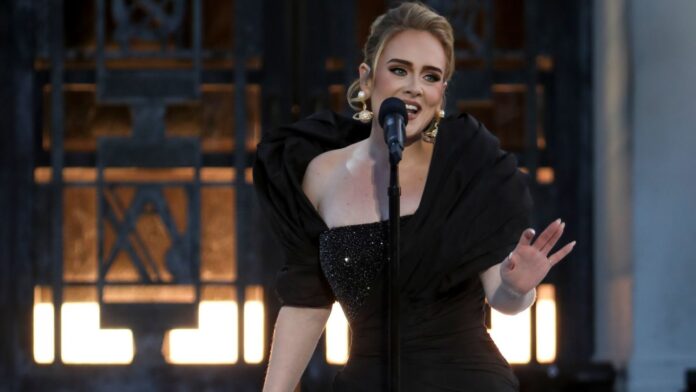 Contrary to fears that 2020’s lockdown boom in streaming was a one-off, digital streams and sales continued to grow through 2021 with music revenues up another 8.7% and video up 13.3%. Only games faltered with sales down 3.3%, but that was still nearly 14% more than in 2019, the last full year before Covid-19 struck.

Music benefited from arguably the strongest release schedule of ERA’s three sectors in 2021, with new release albums from Adele, Ed Sheeran and ABBA. Notably Sheeran and Abba both had two albums in the year-end Top 20 – as did Fleetwood Mac, as the combination of vinyl and streaming levelled the playing field for classic repertoire.

Further confirmation of the streaming revolution in video comes in 2021 numbers showing UK revenues driven by services including Netflix, Amazon Prime Video, Disney+ and NowTV increased by 28.2% to £3,168m.

The video streaming market in the UK has more than tripled in size since 2017 as more services launch and more users adopt them.

While video streaming increasingly generates its own hits – such as Netflix’s runaway 2021 success Squid Game – the ownership market of discs and downloads is heavily dependent upon theatrical success. The forced closure of cinemas during the coronavirus pandemic and the subsequent delays in releases continued to hit this part of video business hard during 2021.

It meant that with the notable exception of the year’s biggest-seller, the latest James Bond epic No Time To Die – which sold more than three times as many copies as second-placed Peter Rabbit 2 – the physical disc and download-to-own businesses suffered significantly.

To put it in context games is more than twice as large in revenue terms as music.

A key factor in that 2021 performance is likely to have been continuing supply problems with the latest PlayStation and Xbox consoles due to the worldwide semiconductor shortage.

After the all-times sales record set in 2020, there were declines in six of the seven games sectors monitored below – the exception was Mobile and Tablet games, which increased revenues by 8.1% and is now more than three times the size of the traditional physical console software market.

The best-selling game yet again was the latest edition of football title FIFA. The new FIFA 22 sold 917,000 units on physical alone with an additional 1.3m digital units taking it to more than 2.2m in total.

ERA CEO Kim Bayley said, “The entire sector was braced for revenues to settle down in 2021 after 2020 grew an astonishing 18.7%, but growth continued – for the ninth successive year. Strikingly this growth is increasingly independent of new release activity; the vast majority of this growth being driven by digital services making entertainment more accessible and convenient than ever before. If we can repeat this success in 2022, the UK entertainment market will exceed £10bn for the first time.”

Nearly 90 pence in every pound spent on music, video and games is now online. Total digital revenues grew by 8.3% in 2021 to £8.66bn, more than the entire entertainment market was worth just two years ago.

Added Bayley, “The return of physical music sales to growth a full two decades since they started to decline is nothing short of a miracle. It is a testament more than anything to the doggedness and resilience of physical retailers, led by the indies, who have driven the vinyl revival in the face of some initial scepticism.”

Supermarket Aldi expecting to sell half a million bottles of port by the end...