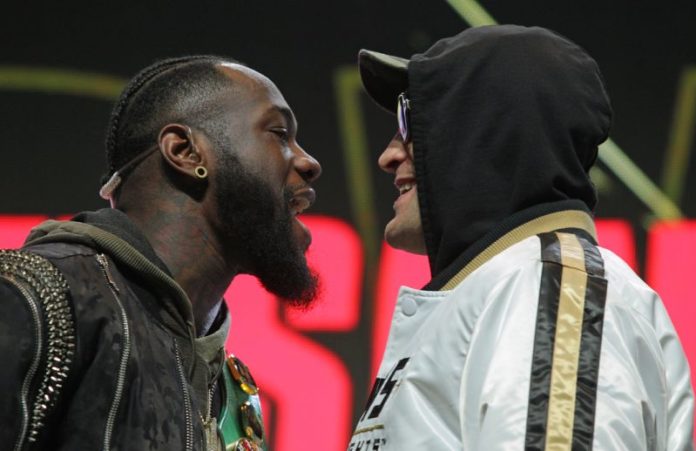 After their instant classic back in December 2018 in Los Angeles, the two unbeaten heavyweights come toe to toe again, this time in Las Vegas.

A fight that was brought to a controversial finish on the judge’s scorecard, with the majority of fans believing Manchester’s Tyson Fury had done the unthinkable, the result was announced a draw.

It is widely considered that Fury had outboxed American Olympic bronze medal winner Deontay Wilder for ten of the twelve rounds with Wilder winning the two rounds he scored knockdowns on ‘The Gypsy King’.

The iconic final round in which Wilder landed his monstrous right hand followed by a left hook as Fury fell to the ground will be etched in to fight fans memories.

The moment had it all, a man striving to achieve greatness after a troubled past seemingly falling at the final hurdle, a confident celebration of a brutal knockout which turned out to be premature and a man rising from the canvas to shock and surprise everybody in the Staples Centre, especially his opponent.

With the betting odds so close it seems the winner is tough to pick. A lot of talking points are involved in making any prediction.

Who will benefit more from the first match? Fury is an awkward opponent unlike any other so the time in the ring could benefit Wilder. Alternatively, Fury took Wilders best shots at the worst time possible – at the end of the fight.

Fury has changed his trainer. Ben Davison who was in his corner first time is out and Sugarhill Steward is in. Fury is also working on his power, hoping to knock out Wilder, a different gameplan to many of his fights.

‘The Gypsy King’ suffered a heavy cut in his last victory against Otto Wallin which has led to the lineal champion having two cutmen in his corner this weekend.

The fight takes place on Sunday morning with the ring walk for the main event scheduled at 05:00 GMT. The fight will be shown on BT Sport Box Office.