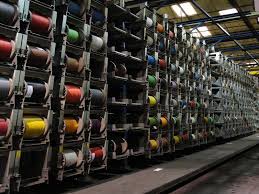 According to the GMB Union, Steve Saxon and Mark Vernon had expressed worries about management’s lax attitude to workers’ well being after a member of staff tested positive for Covid-19 in April.The pair also contacted their GMB union official highlighting several breaches of Government rules by the company.

However the Company says that it has not and would not dismiss employees for raising concerns about Covid -19do so.

“British Cables Company refutes the allegations and the employees concerned have been dismissed on grounds of gross misconduct. Appeal hearings are yet to be heard.”

The Company has an exemplary record on Health and safety of which we are immensely proud. This record is supported by 13 consecutive years of gold awards from RoSpa.” Along with several Presidents awards from the same organisation.