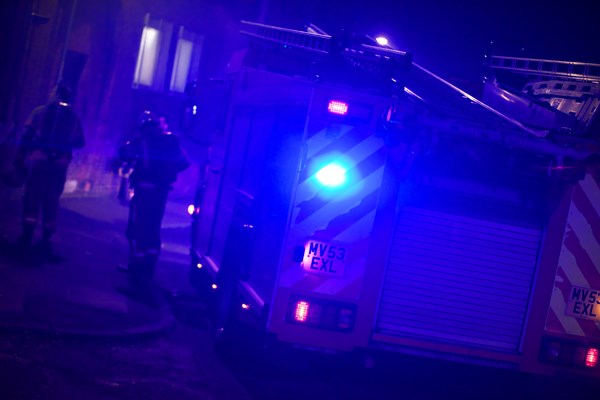 Two women were led to safety from a fire in Wilmslow Road, Manchester, in the early hours of the morning,thanks to new specialist ‘smoke hoods’.

The fire which is thought to be accidental broke our sortly before 4.00am, and originated in bins outside a row of shops. The fire quickly began to affect the flats above and two occupants were trapped by smoke.

Firefighters fitted the women with smoke hoods and led them to safety.

GMFRS purchased smoke hoods following learning from large scale fires, including Grenfell Tower, and they are now on every fire engine in Greater Manchester.

Ben Levy, Area Manager for GMFRS said: “Firstly I want to thank our crews who worked quickly and professionally to prevent this incident from escalating.

“Their quick thinking allowed them to deploy the smoke hoods and lead two occupants to safety as their flat and subsequent escape route had become filled with smoke.

“This incident is a great example as to how we have adapted to the new equipment available and it has potentially saved two lives today.”