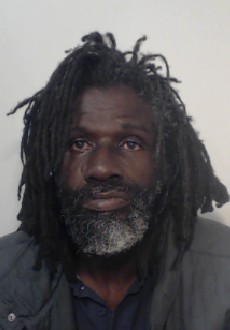 Miquil Lucas Diozzi aged 29 of Thorncliffe Grove, Longsight was 20 when he targeted the girl aged 14.

He plied her with alcohol and drugs and manipulated her into engaging in sex before Diozzi introduced her to a man 40 years her senior during a drug deal.

That man was Lenford Lloyd White aged 66 of Lowell Walk, Gorton, who was 55 at the time and began abusing the girl from the age of 15.

He plied her with alcohol and drugs and forced her to engage in sex with himself and his associates at a flat in Gorton.

The abuse only stopped when the girl moved out the area.

In May last year, the victim, now an adult, made a disclosure to police and specialist officers launched Operation Southbrook to investigate.

After their arrests, both men pleaded not guilty – forcing her to re-live her ordeal in court.

In November 2018 at Manchester Crown Court, White was found guilty of three counts of sexual activity with a child.

He was sentenced to ten years in prison and placed on the sex offenders register for life.

Yesterday, Diozzi was sentenced to ten years in prison and placed on sex offenders register for life after being found guilty of eight counts of sexual activity with a child.

Detective Constable Peter Davies from GMP’s Major Incident Team said: “Child sexual exploitation is sadly not a new issue and whilst it continues to happen to this day, we remain committed to fully investigating every report made to us.

“The convictions obtained as part of this investigation have only been made possible by the bravery of the woman in coming forward and speaking to us after spending years trying to forget about her ordeal.

“By having that courage it has enabled the police to convict two child sex offenders and remove them from our streets. The victim has showed incredible strength throughout the trial and I hope that these convictions provide some level of closure to the woman and also provide the wider public the confidence to know that it is never too late to come forward.

“People who report historic offences will be listened to, the matters will be investigated and offenders will be brought to justice.”