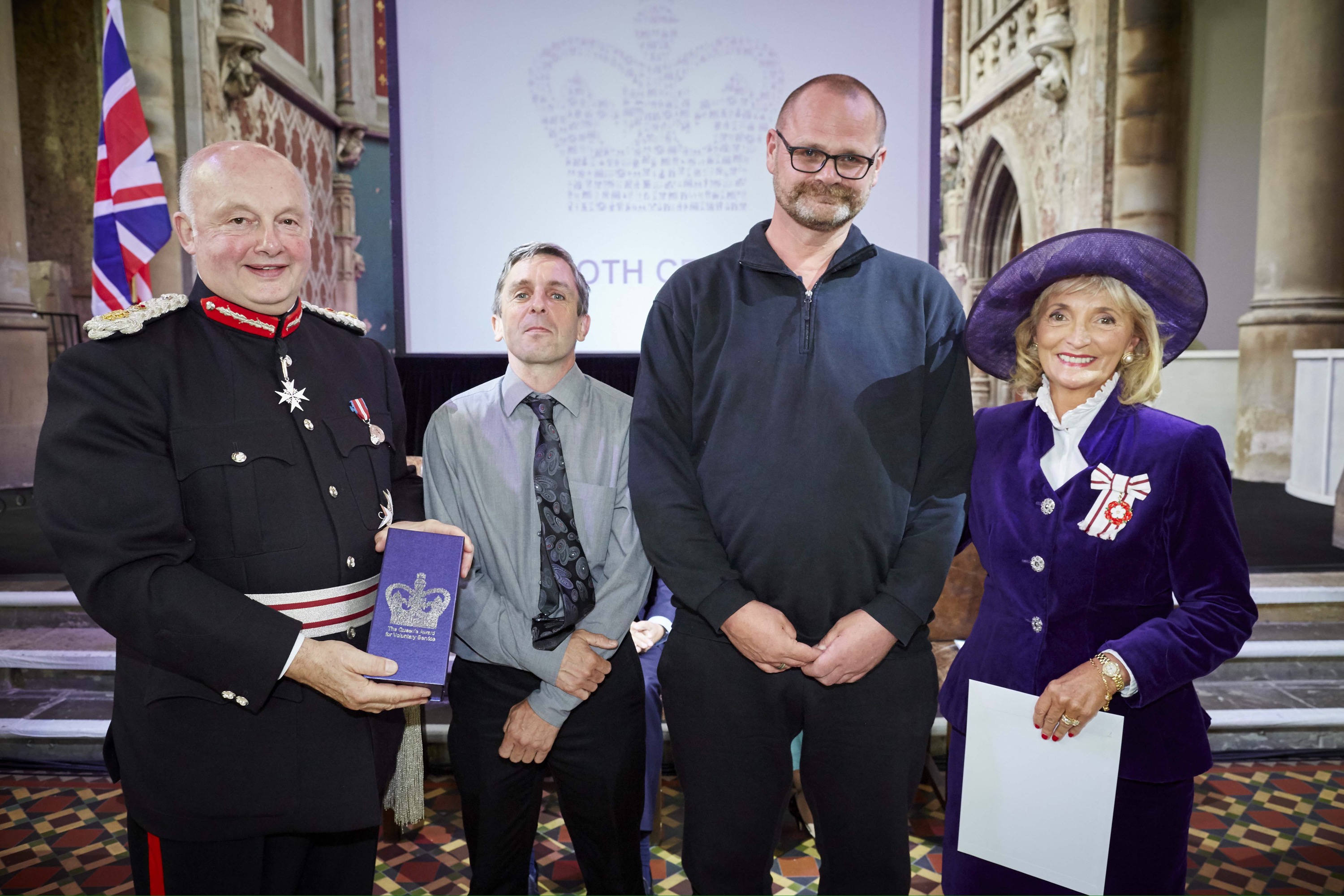 Greater Manchester charities received more Queen’s Awards for Voluntary Service than any other county in the UK this year with a record number getting the prestigious honour,at a special ceremony at Gorton Monastery
In total twenty-two voluntary groups from across the county collected an engraved, commemorative crystal trophy and a certificate signed by Her Majesty the Queen presented by Her Majesty’s Lord-Lieutenant of Greater Manchester, Warren Smith and the Vice Lord-Lieutenant, Mrs Edith Conn.

Commenting on all the award winners, The Lord-Lieutenant of Greater Manchester, Warren Smith, said:

“Every year the number of recipients in Greater Manchester increases and it’s marvellous to have 22 very worthy winners, more than any other county in the UK. Each charity has an inspiring story and it’s both humbling and heart-warming to hear them. Each and every one of these groups in some way helps improve the lives of local people and is therefore so deserving of this prestigious award, the equivalent to getting an MBE, which champions best practice in volunteering. I would like to see even more of Greater Manchester’s voluntary organisations nominated next year’s awards.”

One of the recipients, Amanda Croome, chief executive of The Booth Centre, a homeless charity based in Manchester said:

“The Booth Centre has only been able to achieve this award with the support of its volunteers. More than 500 people have volunteered at the centre over the last 20 years and many of these people have experienced homelessness themselves and have wanted to give something back after receiving our help. With homelessness on the increase, services like ours are needed more than ever. We’re very proud that our volunteers have been recognised for all the hard work and we are always looking for more volunteers who can give up some time during the day.”

Over the last 20 years the Booth Centre has welcomed over 10,000 people who were homeless or threatened with homelessness and has helped over 2,000 people to move off the streets and find new homes.

The Centre has also increased the skills and confidence of over 3,000 people through its Activities Programme, enabling people to gain over 700 nationally recognised qualifications and supporting over 400 people to get back into employment. This is all in addition to serving more than 550,000 free hot meals and over 3 million hot drinks.

The 22 Greater Manchester winners include:

which has equivalent status as the MBE, y in east Manchester on Monday 3 August.